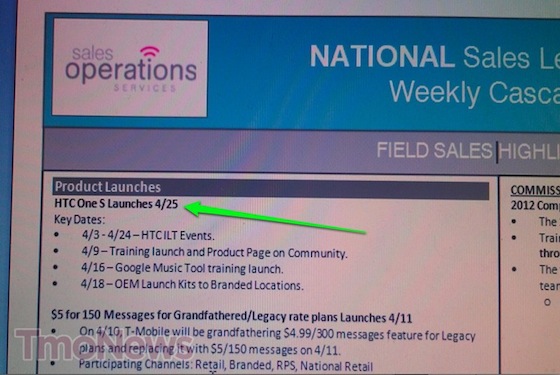 HTC One series is finally winding up with the launch of one device to another. Today, TmoNews reports that HTC’s One S will be released on T-Mobile in just over a couple of week – expected to be April 25th. The site had previously also reported the similar date, but now backing up its claims with the photo evidence it get from an internal T-Mobile training document. Now, according to the document, the company will announce the pricing and availability on the 16th along with T-Mobile marketing plan for the device.