TRENDING
Navigate
Categorized as
1967
Tagged as
Battery lifeHTCHTC One
Related

We find ourselves using our phones – and those big, beautiful screens – to accomplish more throughout the day.  We do spend five hours or more on phone calls, texting and email, with music playing in the background during a typical day.  Additionally, we spend a considerable amount of time surfing the web, updating social media sites, watching video, or simply using everyday applications that regularly connect to the Internet. But what’s the bad in lieu of all this is that many of us have experienced bad battery life. 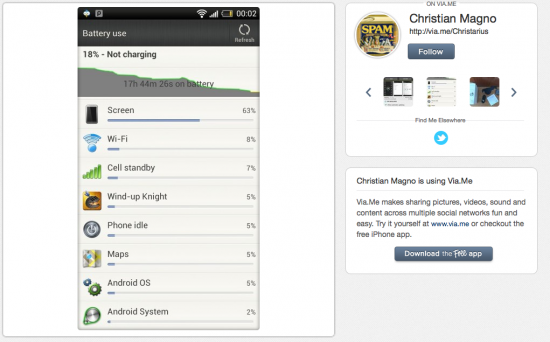 The company even pointed out that performance is not just all about increasing battery size; instead it is a holistic approach to software and hardware management. Giving an example of comparing the HTC One X to the popular HTC Sensation, we’ve increased the screen size from 4.3 to 4.7 inches, the battery is 18 percent larger and yet the device is still less than nine millimeters thin – 2.4 millimeters slimmer than our previous flagship.