September is definitely a month full of events: first two events scheduled for today i.e. the September 5th – Nokia, Microsoft Windows Phone 8 press event and Verizon, Motorola’s “big event” – followed by Apple’s iPhone 5 event on September 12th with Motorola, Intel holding an event on September 18th and now a new addition comes in the list is of and by HTC, which is holding an event on September 19th in New York City at 11AM EST. The invitation says “Save the Date” with having a slightly “Metro” looking logo at the bottom, somehow indicating that HTC going to unveil its new Windows Phone 8 devices  in the event.  Well, whatever HTC planning for, we are going to cover and bring every minute updates, so stay tuned with us. 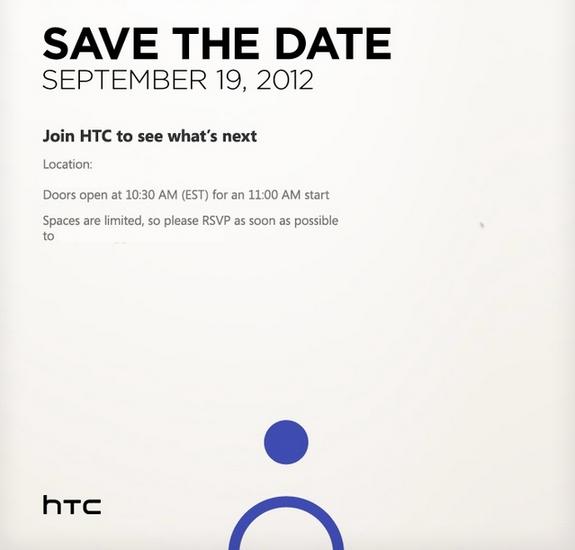