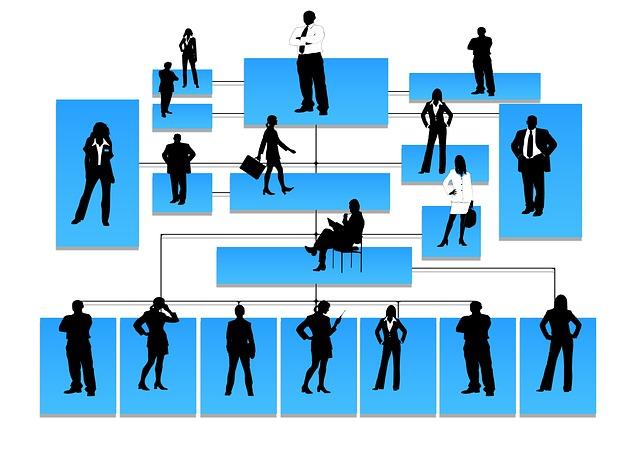 There are two things that make a company great: the product or service it provides, and the people who work there. Obviously, a company that wants to be great needs great people working for them. Recruiting such talent is a daunting task, but it can be done.

Once you have these awesome employees on board, that’s the end of the story, right? No, not really. Actually, the story has just begun. After all, now that you have these people, you need to keep them on the payroll. Think of it like a romantic relationship. Any relationship that starts off with both people putting their best foot forward, only to have them stop caring or making an effort once they’re ostensibly in it for the long haul will be a relationship that’s doomed.

Even though many people agree that going out and finding another job, especially when you already have one, is a huge pain, sometimes conditions get intolerable enough that it’s less annoying to look for a new job than it is to endure the unfavorable conditions.

And while it’s true that you can always find someone to replace a disgruntled employee who quits, remember that we’re talking here about your BEST employees. These are the hard to replace people you want to keep and make sure they don’t go over to the competition.

So how do you keep the best?

It’s amazing how much mileage you can get from just a few words of appreciation. Fundamentally, people want to feel important, needed, and appreciated. No one wants to feel taken for granted, because that’s exactly the sort of condition that gives rise to the “I’ll go somewhere where I will be appreciated!” syndrome A little public recognition, an occasional encouraging word in private about how good they’re doing, can head off a lot of problems.

Keep An Eye On Employee-Boss Relations

It’s amazing just how unpleasant a work experience can be when the immediate supervisor just isn’t that good of a boss. There are bosses out there who are rude, unprofessional bullies. Some have bad tempers, dirty vocabularies, or poor leadership skills.

Some bosses refuse to take into consideration that their subordinates have lives and sometimes things come up; instead, they’re reluctant to give any personal time when needed, and employ guilt tactics to discourage their people from taking time off. Others, those who are not very competent, try to pin the blame for their mistakes on their subordinates.

In many of these cases, employees feel that they have no choice. There’s a stigma about going over a bosses’ head, not to mention an assumption that when it comes down to believing either party, it will default to the person in charge, not the employee. In these cases, employees feel that it’s better to just leave; they fear that things like the bosses’ seniority and/or being part of the good ol’ boy network will protect the boss from disciplinary measures. So, rather than cause a fuss, such employees simply leave.

This issue spins off into a different topic, which is maintaining a good life/work balance. A good boss is instrumental in fostering this sort of balance, since he or she is the person in the chain of command that’s closest to the employee and thus the one who carries out the company’s policies of balancing work and home life. If the boss has a degree of personal discretion in how that policy is carried out, then they need to be watched to make sure that the employee is being treated fair; after all, there are bosses out there who will be hard-asses with their employees in order to make themselves look good to the higher-ups.

Provide Opportunities For Advancement And Betterment

Most employees like to know that they have the opportunity to advance if they so choose. Work becomes more than just a job, it becomes a career path. Quality employees should be offered the chance to be promoted up the chain, not just stagnate in one position forever.

Additionally, offering classes and other adult education resources is another good perk to offer your rock star employees. In fact, if your company pays for classes at the local community college, for instance, it’s usually with the understanding that the employee will be obligated to stick around for a fixed amount of time, at the very least.

Some companies hire an employee because the latter’s skill set is exactly what they’re looking for, and the applicant in question has a history of being a self-starter and able to handle tasks with minimal guidance or fuss. So what happens? The poor schlub ends up with a boss (or corporate culture) that’s big on micro-managing.

Here’s a news flash. No one likes to be micro-managed. It’s suffocating, stifling, and even borderline insulting, since it says “We don’t trust you to do the job, so your boss or other immediate authority figure is going to hover over your shoulder, making sure you’re doing things right.”

Businesses need to trust the employees that they’ve hired, simple as that. An employee who has the right skills and solid understanding of what’s expected of them can be set loose on the task and left alone to actually do the work.

You just knew this particular item was going to come up, didn’t you? But notice that it wasn’t the first one. That’s because even though everyone likes money and loves to be well-paid, a bad environment is enough to make people say “No amount of money is worth this aggravation! I’m gone!”

But still, yes, money is important, and specifically it means paying these prized employees a competitive wage (and appropriate benefits, of course). In fact, that pay should be something that’s perhaps a little above the average salary figure. After all, if they’re that valuable, then that high regard should manifest itself in something a little more tangible.

These are just some ways of keeping those superstar employees in on the payroll. Check out “5 Items To Attract And Retain Talented Employees At Your Happy Workplace” as well as “Tips To Guarantee Loyal Employees” for more inspiring thoughts on keeping those MVP’s happy.