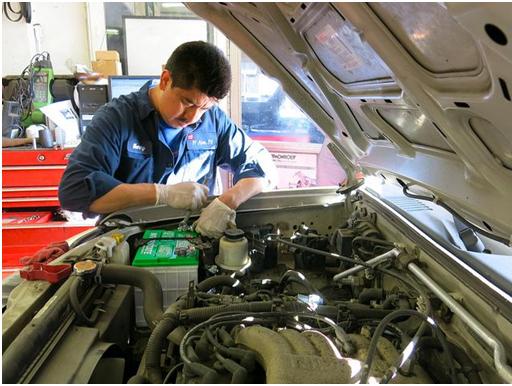 It’s no secret that technology has been a driving force behind most of today’s businesses. Nowhere is this more prevalent than the world of motoring. We’re quickly approaching a new age when it comes to vehicles. Technology is turning our old bangers into complex, electronic devices. They are currently testing driverless cars, for example. These are vehicles that respond to the road beneath them and can detect other road users. The technology is already creeping into modern production cars.

Not only that, but we are entering an era of electric motoring. Hybrid engines are just the first step to an entirely clean future. While hybrid engines are a fantastic stepping stone, we’re already exploring hydrogen power. Some modern cars function entirely on their electric batteries too. These fundamental changes in the auto sector are having a knock-on effect in related industries. For example, the mechanic industry has been forced to adapt, and quickly! Today we’re taking a deeper look at the impact of technology on modern mechanics.

The most immediate change is that cars are no longer the simple mechanical vehicles they once were. Lifting the hood and inspecting the engine may seem daunting to most road users. However, that mechanical system all followed a basic structure. If you understood one engine, you understood them all. Nowadays, you can’t simply lift the hood and hunt down the problem.

In many new cars, you can’t even access the engine itself. There’s a small portal for topping up fluids, and that’s it. Instead, our modern cars must be connected to a diagnostic computer or device. The software will run checks on the electronics within the car and inform the mechanic. It’s a drastic departure from the old days. A mechanic’s job is becoming much more focused around electronics, programming and software.

The mechanic’s tool box is also completely different. Yes, spanners, wrenches and screwdrivers are still important. But, nowhere near as much as previously. Instead, electronic power tools are harnessed to speed up the job at hand. Open a mechanic’s toolbox these days and you’ll find hydraulic wrenches and a flange spreader. These powerful, electronic tools are making the mechanic’s job much more efficient and effective.

Engineering technology has always pushed the boundaries of what’s possible. In the mechanic’s world, this is no different. Electronic and hydraulic tools are having a positive effect on this aspect. Not only that, but these tools are slowly coming down in price. It is helping to level the playing field and allow independent mechanics to compete with large chains. In a sense, it is taking mechanics back to basics and allowing startups to evolve.

As car technology adapts and develops, so too will the mechanics industry. The smartest garages will predict the next big changes and become flexible. Hybrid and eco-friendly engines are just the first test for existing mechanics. The next big challenge will be mastering the sophisticated internet technology that is emerging. Cars that talk to each other and predict road conditions are just around the corner. How will the mechanic world react? We’ll keep an eye on this area and bring you the answers.