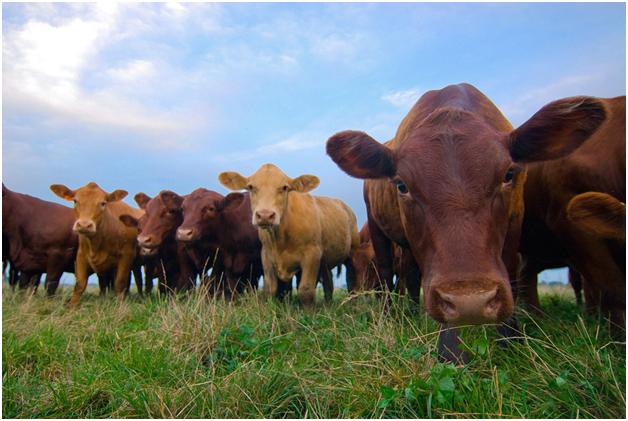 Livestock farming has been around long before any of us were alive. But that doesn’t mean nothing has changed in that time. The industry is continually changing and adapting depending on the needs and priorities of the era. Here’s how it operates and some of the ways in which it is currently changing and adapting.

There are many types of testing that are carried out like never before. When animals are kept in close quarter, the risk of infectious disease spreading is huge. That’s why new advances in veterinary testing are making diseases easy to identify and pinpoint. When an infected cattle is found, it has to be quarantined to stop the problem spreading while the rest of the herd is tested. That’s not the only way testing is helping the industry though. It’s just as important to test the soil on which the livestock spends its time. Farmers analyse the soil to make sure that it’s right for the specific animals that will be located on it. The soil affects the grazing habits of the cattle.

Farming practices vary dramatically across the globe. There is no single way of doing things. But methods are changing as new techniques become more widely adopted for various reasons. Most modern farming techniques tend to reduce the level of human involvement in the whole process. This is because it can improve the health of the animals if they are raised and live in a more natural way. People are also becoming more interested in organic and authentic foods. And this means that farming methods have to change in order to meet that demand from the end customers.

Like in pretty much every industry in the world right now, technology is having an impact on livestock farming. New feeding wagons are making it easier and more efficient to feed the livestock each day. And there are new monitors that cattle can wear around their necks that monitor aspects of their health. This kind of technology is allowing farmers to save more money in the long-term and keep things sustainable. Robotics are also being used at an increasing rate. For example, the milking process is now always done by the latest machinery. There is very little human involvement in the process, and it can all be done very quickly and very smoothly.

There is certainly a concern about the way livestock farming has an impact on the environment. Many reports have shown that one of the major driving factors of climate change might be livestock. The gas released by live animals has to rise up in the air, and this has a significant impact when you consider how many animals are farmed. There are many ways in which farmers are trying to come up with ways to limit the impact their practices have on the environment. New farming techniques are being trialled, and new feeding plans. How successful these changes will be in the long-run remains to be seen.