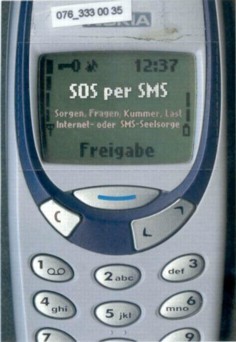 SMS messaging is being used in a number of different ways. While it has long been used as a form of communication for friends and family members to keep in touch, the use of SMS is beginning to spread out to further avenues. Businesses have been using SMS messaging for some time as a means of sending marketing messages to their customers. Now, public services are starting to harness the power of SMS messaging.

It is common knowledge that waiting times for GP appointments are on the increase and patients are starting to get increasingly annoyed with the amount of time they have to wait. It may be the case that the surgeries can do things to modernise their systems and potentially cut down the length of time wasted in delays each day. Some surgeries are now offering a text reminder service to their patients to ensure they don’t miss appointments. The patient will be sent an SMS message reminding them of the date and time of their appointment. If they cannot make it, they can then call up the surgery and cancel, freeing up the appointment for someone else. Currently, many people simply forget and the time is wasted while the GP waits for them to confirm their arrival or non-attendance.

The government is looking to try and be more innovative by using SMS messaging as a means of communicating information about emergencies. If the general public can be contacted via text message about an impending emergency, it could save time for emergency services staff. They would not necessarily have to go door to door to inform people of something like an evacuation because they would already be aware from the text message.

If the use of SMS messaging to communicate imminent emergencies is successful, it could change the way situations are handled. People can be informed of things like flooding, potentially reducing the number of casualties as a result. If they know in advance, they may not visit the affected area. This could then reduce the number of people who are adversely affected by the floods, freeing up time for emergency services.

Several countries already have a similar method in place, sending out SMS messages to people in areas that are likely to be affected by an emergency of some sort. This could be flooding, a hurricane warning, an earthquake or even a severe accident that has caused road closures.

There are currently various methods in place to notify motorists of traffic or congestions problems. However, if there was an SMS service in place, these motorists could potentially receive an update before they leave the house. Many updates are given to motorists via the radio or signs on the road, often when they are already stuck in the traffic jam. If they were made aware before embarking on their journey, they could try and find an alternative route, avoiding the issue altogether and helping to prevent further congestion along the way.

Road works often take place throughout the year and when they are on major or busy roads, the resulting traffic can be a nightmare. A road sign is helpful but can be missed by motorists so sending an SMS message in advance that outlines the dates affected by road works gives drives that much more time to forward plan and find an alternative route, rather than not knowing, getting stuck in traffic and then having to try and navigate an alternative route.

The public transport networks can also take advantage of SMS messaging. Transport for London (TfL) already has a text messaging service in place but this could then branch out to other services. Taxi firms use SMS messaging to inform customers of the make, model and number plate of a booked taxi, designed to combat illegal taxi drivers.

Railway services may also benefit from implementing a text message update service for their customers. With many delays happening across the country every day, a simple SMS message could inform customers of a delay in advance, allowing them to better plan their journey. This could help staff to inform their workplaces if they are going to be late for work and account for wasted time.

While these services would need to work on an opt-in basis, they could save time and money, particularly for emergency services that are often under immense strain and pressure already.

About the Author
Richard Parker

Richard Parker is an eminent columnist with a publication. He is a telecom engineer and a broadband specialist. Writing news based articles for online journals based on SMS messaging is one of his favourites. Currently he is busy playing with his newly bought iPhone5.