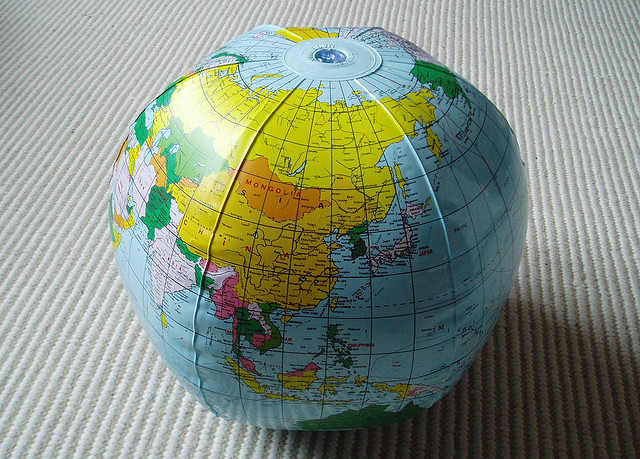 Energy: nothing gets very far without it. On an empty tank, your vehicle’s going nowhere, so what do you do? Pull into a garage, whip out your fuel card and ‘fill her up’ – simple!

How, though, do YOU fill up on a long journey? What’s your choice of fuel for when your stomach’s beginning to rumble, your energy’s flagging, and the road just seems to go on for miles and miles… and even more miles?

We all have our favourite road snacks (apparently beef crisps are quite popular in the UK!) but, the world would be a boring place if we were all the same. For six ‘exotic’ foods for a long journey, read on:

You’re cruising between jungles in Cambodia, the road’s bumpy, the sun is scorching and you’re feeling jaded – what do you do? That’s right… open up a bag of your favourite fried tarantulas!

Don’t knock it; apparently these eight legged beasts, when fried with garlic and then salted, taste a bit like chicken – although they do tend to say that about everything! *If you’re an arachnophobic, it’s probably best to skip this paragraph.

Australia Remember the Australian band ‘Men at Work’ who sang about a vegemite sandwich on their 1982 hit ‘Down Under’? Well, it isn’t something they made up just to rhyme with the previous line – it really does exist. Unique to the land of kangaroos and made from brewer’s yeast, vegemite goes down well spread on toast and is a good addition to any driver’s lunch box. Much like its British cousin Marmite, you’ll either love Vegemite or wish they’d left it under the rock they scraped it out from.

Of course, do we need food for fuel; it’s also important on a long journey to keep your fluids up – and what better way than a nice flask of coffee? In Indonesia, if you can afford to splash-the-cash and you’re looking to impress your navigator then you might want to invest in some Kopi Luwak. An expensive delicacy, this coffee is made from beans that have been eaten by a forest inhabiting, cat-like creature (the Luwak), partially digested and then passed out the other end! Seemingly, the fermentation processes the beans go through on their ‘journey’ make for a better taste. Personally, I’ve always been a tea man.

If you’re having a pit-stop in the Philippines then there’s a fair bet you’ll find the popular dish of balut on the roadside menu. These are fertilized duck eggs, containing the embryo and all, which are boiled and seasoned with salt, chili, garlic and vinegar. Which came first: the chicken or the egg? With balut it doesn’t matter, as you get both at the same time anyway!

The land of heather, the thistle, and… haggis. Go over the border on the A1 and the traditional dish of haggis is definitely an option for your personal fuel top up. The liver, heart and lungs of a sheep are diced and mixed with onions and other spices, before being stuffed into the intestine and then boiled for some hours. Kilt wearing when eating haggis is, however, optional.

The gemstone of Southeast Asia is often skipped by gap year backpackers in favour of its well-known neighbours, Thailand and Cambodia, but when it comes to the weird snacks stakes, Laos is definitely in the running for the number one spot. Should your rickety TukTuk fall foul of the pothole-ridden dirt tracks criss-crossing the country, your driver might suggest you stop off at one of the pho restaurants lining the road for a bite to eat. Don’t be expecting packaged sarnies, or even spring rolls, because in this part of Asia the menu is a little more…rural.

Pho is a traditional broth made of, well, every part of the animal which may have been vaguely alluded to on the menu. Hint: ‘beef’ could mean congealed calf blood with hints of eyeball. Or perhaps dog and pork noodle soup might warm your cockles if you’re traveling in rainy season? If you’re lucky enough to be stopping for a quick break then mealworms, barbecued crickets and red ant egg soup are all regarded as nutritious snacks for the on-the-go diner.