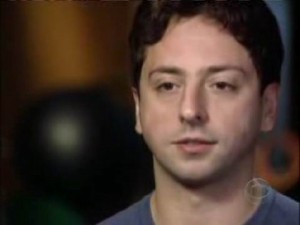 Google seems criticizing Facebook during when the company’s Founder Sergey Brin said in an exclusive interview with The Guardian. While several of his negative comments focused on the social networking company in the wake of its recent IPO, he actually showed more general preoccupation with web freedom. Sergey Brin has published a post on his Google+ account seeking to clarify the article on Web freedom that ran in the Guardian on Sunday.

On Sunday he said he was most concerned by the efforts of countries such as China, Saudi Arabia and Iran to censor and restrict use of the internet, but warned that the rise of Facebook and Apple, which have their own proprietary platforms and control access to their users, risked stifling innovation and balkanising the web. “There’s a lot to be lost,” he said.

To describe his reasons for a further update on the topic on his Google+ post, Brin says “I believe the internet has been one of the greatest forces for good in the world over the past quarter century. So when the Guardian requested that I speak to them over the past few months about internet freedom, I decided it was important to participate.” Adding, “I think the article is a pretty good read but is a short summary of a long discussion. My thoughts got particularly distorted in the secondary coverage in a way that distracts from my central tenets so I think they are worth clarifying here.”

Brin’s own post about Web freedom is to the point on the subject.

“Today, the primary threat by far to internet freedom is government filtering of political dissent. This has been far more effective than I ever imagined possible across a number of nations. In addition, other countries such as the US have come close to adopting very similar techniques in order to combat piracy and other vices. I believe these efforts have been misguided and dangerous.

Lastly in the interview came the subject of digital ecosystems that are not as open as the web itself and I think this portion has led to some misunderstanding of my views. So to clarify, I certainly do not think this issue is on a par with government based censorship. Moreover, I have much admiration for two of the companies we discussed — Apple and Facebook.”

He clarifies his concern:

So what was my concern and what about Google for that matter?

I became an entrepreneur during the 90’s, the boom time of what you might now call Web 1.0. Yahoo created a directory of all the sites they could find without asking anyone for permission. Ebay quickly became the largest auction company in the world without having to pay a portion of revenue to any ISP. Paypal became the most successful payment company and Amazon soared in e-commerce also without such tolls or any particular company’s permission.

Today, starting such a service would entail navigating a number of new tollbooths and gatekeepers. If you are interested in this issue I recommend you read http://futureoftheinternet.org/ by +Jonathan Zittrain. While openness is a core value at Google, there are a number of areas where we can improve too (as the book outlines).”