According to Analysys International report, Google’s Android operating system topping the chart as the most popular smartphone platform in the world’s biggest smartphone market i.e. China. The company analysed the sales in China from the first to fourth quarter of 2011 and found Android rules China’s smartphone market. Android’s share of sales more than doubled to rise to 68.4 percent from 33.6 percent. Those figures put it well ahead of Apple, which saw the percent of iOS device sales increase to 5.7 percent from 4.1 percent. 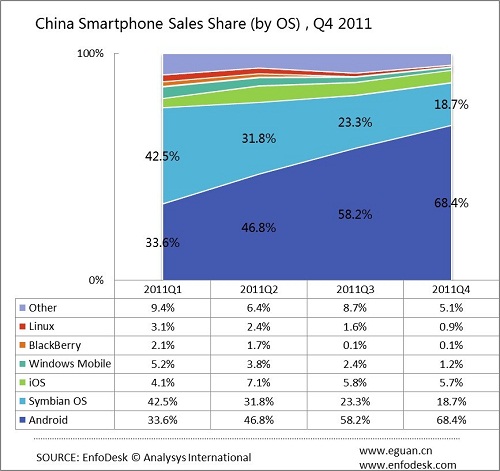