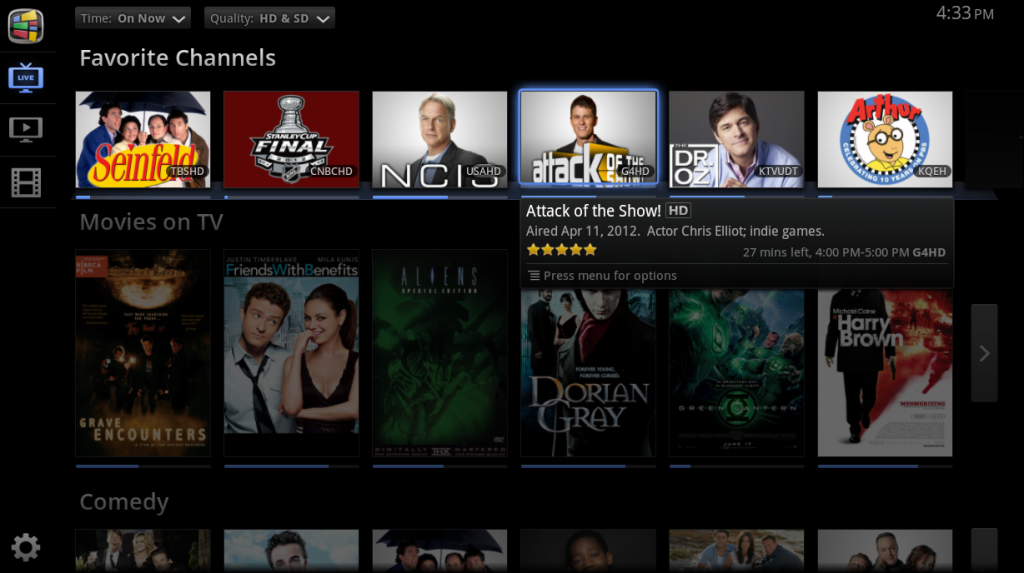 Back in late 2011, the TV and Movies app for Google TV upgraded to Android 3.1 Honeycomb and now the search giant has released another update for the OS. The new TV & Movies app now has more info on each show, like whether or not it’s a first showing and what actors are starring in the episode. You’ll be asked to rate a few shows (one to five stars) when you first update your system in preparation for some recommendations. The “favorite channels” screen now displays what shows are currently playing on each of those channels, and if you mark down what your favorite series and movies are, Google TV will add them to a queue that hooks directly into Netflix, Amazon Instant Video, and HBO Go. The update still has to make its wings to Google Play that will be added shortly.