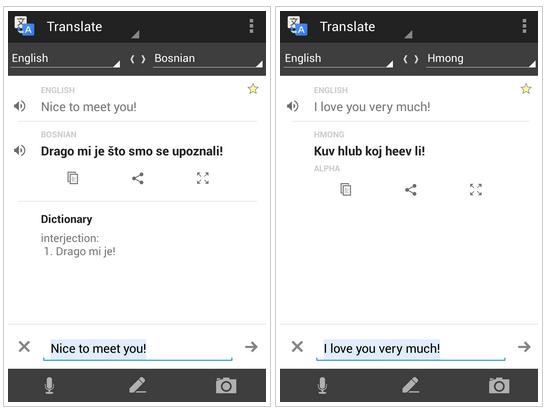 Google today increase the count of its Google Translate service to over 70 languages with the addition of Bosnian, Cebuano, Hmong, Javanese and Marathi. The addition gives the search giant to waves it wings off to an additional 183 million people. Here’s how the company explains and welcomes the new language additions: