Siegel+Gale, a global branding firm has released its third annual Global Brand Simplicity Index (PDF) and as expected the results are awesome in nature, as the companies are rank primarily and even got the rank as one can expect of. The results came out after surveying over 6,000 people in seven countries across three continents. 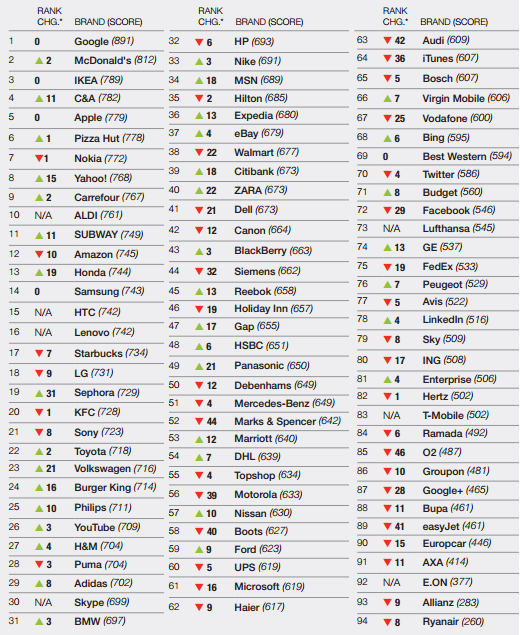