According to report on TechCrunch, Google reportedly working on “Helpouts,” an ecommerce marketplace dedicated for sharing skills over live video. The publication revealed via sample screenshot that the proposed marketplace will include categories such as computer, education, food, health, hobbies and repair while it could either be scheduled or initiated instantly type classes.

The report further revealed that the internet giant with “Helpouts” will bring a whole new wave and will remove all the barriers which lie beneath as surrounding traditionally to such services. Say, for example, using Helpouts, one can offer the service to any part of the world, while the only requirement to have such system is an internet connection on board. 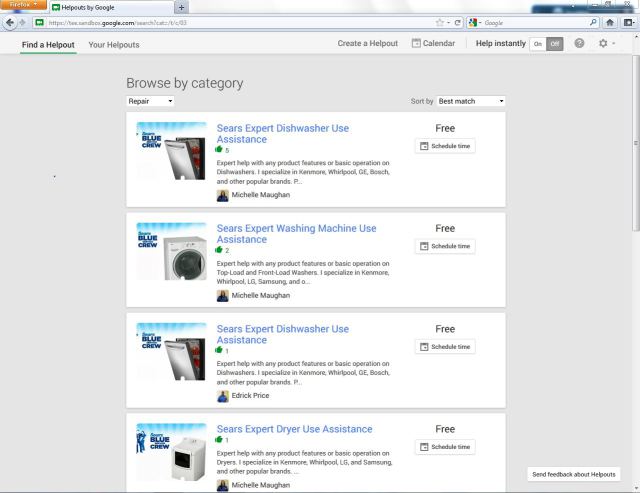