Google today announced the launch of handwriting input on Google Translate with bringing the feature in total of 45 languages including Chinese, Japanese and Korean. The feature will allow you to translate a written expression even the time when you are not known well on how to type it out on a keyboard.

Say, for example, you see the Chinese expression “饺子” and want to know its meaning in English, then all you have to do is to use the new handwriting input tool by simply drawing the characters on your screen and translation comes instantly in front of you. 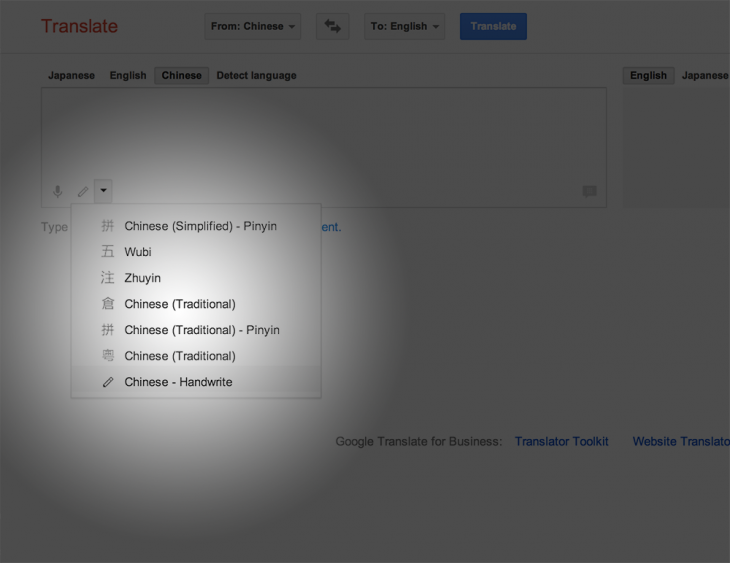