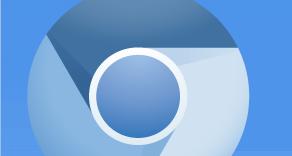 Google announced that it has been introducing Blink, a new open source rendering engine based on WebKit. While in case if you don’t know WebKit is a lightweight yet powerful rendering engine which get emerged out of KHTML in 2001. The flexibility, performance and its thoughtful design made it the obvious choice for Chromium’s rendering engine back the time when it all started.

But, Chromium uses a different multi-process architecture which is other than WebKit-based browsers and also supporting multiple architectures over the years which has results in increasing the complexity for both the WebKit and Chromium projects, result of which Google today taken the step further and has introduced Blink.

Google believes that the Blink will definitely bring some changes for web developers while the bulk of the initial work keep a focus on internal architectural improvements and a simplification of the codebase. Stating by giving an example, Google says let anticipate that it will be able to remove 7 build systems and delete over 7,000 files, which comprising of over 4.5 million lines, on over the long focus, this will leads to more stability with fewer bugs.