TRENDING
Navigate
Categorized as
2256
Tagged as
EnglandGoogleGoogle For NonprofitsNonprofitsUKWales
Related 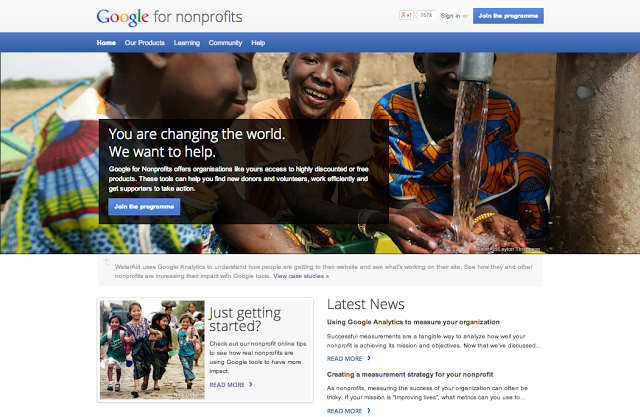 Google today announced that its Nonprofits wing, Google for Nonprofits for the first time has been made available in complete outside the US. The company is launching it in the UK with starting initially in England and Wales.

If you don’t know what exactly Google for Nonprofits is, then to tell you that it is a program which offers not-for-profit organization free access to Google Apps, Google Grants providing up to $10,000 monthly in advertising, a “donate now” button for YouTube accounts and a special tools for Google Earth and Google Maps.

Well the initiative might sounds a new in the country but the company has donated over $1 billion over the years to nonprofits while several of UK-based organizations are already using Google’s different tools.