Google today announced via its Google Play Google+ account that it has revamped the interface of its Google Play Store, bringing the Android version to the Web. The new interface will make things a lot easy for users while if you are looking for specific app, the screenshots now have been enlarged.

There are now no more tabbed pages and users will see that the entire screen with all the information listed on the single page itself. Exploring more, in the upper left side, users can now see a primary navigation which allows scrolling through the Google Play Store although seeing at a list of apps which have already been installed. 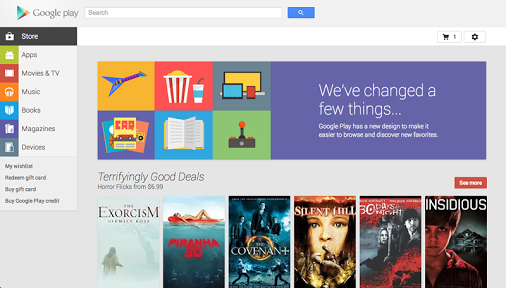