A few days ago we reported that the Google experiments with its navigation system – combining both old and new navigation – the search engine giant reportedly announced yet another new navigation menu.

Company stated that it tests the varied navigation system based on the user feedbacks stating, “We realized there were some elements of the new bar that we could improve, and with that in mind, we’re introducing an updated version that we believe will provide a better experience.”

The new design retain many of the features – including a unified search box and Google+ sharing and notifications across Google – the biggest change that is stated is that the drop-down Google menu is replaced with a consistent and expanded set of links running across the top of the page. 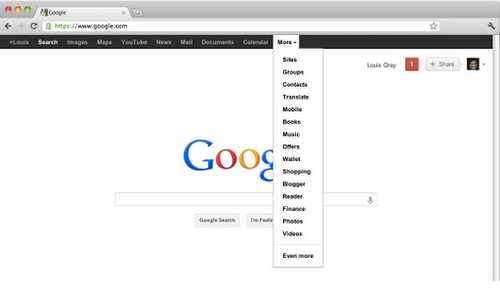