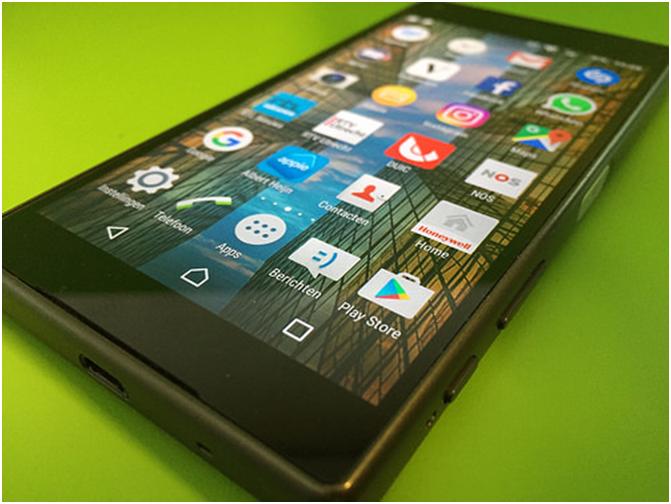 Google Play, Android’s answer to the App Store, now reviews app submissions manually. The move comes as part of a wider effort to substantially reduce the number of poor-quality apps that clutter what has become a crowded marketplace of over 3 million apps, most of which are free-to-play, with principal revenues generated from in-app purchases. So, if you’re a budding developer with a great idea for a new app, and you want that app to feature on Google Play, you need to think carefully about how to get it past Google’s guidelines and the discerning eyes of a human censor. Let’s look at how these guidelines apply and how best to build your app with them in mind.

There are certain apps that will never fit within the confines of the Google Play Store. Always bear in mind that your app must comply with any and all local laws pertaining to it – wherever it is developed and wherever it is likely to be downloaded. Anything too explicit or graphic in there and it’s dead in the water so be warned. Check the content of your app against the guidelines list before you start developing it.

Sloppy code can all too easily look like malicious code, which is obviously a big no-no. If there’s even the slightest suspicion that your app submission is a vehicle for smuggling trojans or malware of any kind onto innocent phones, then it’ll get kicked. Download stores like Google Play live and die by their public reputation, and it behoves them to ensure that not a sniff of a virus makes it past their security net. We’re assuming you’re not planning anything of the kind but if you keep your code lean and to the point then it becomes much simpler to scan for undesirables. It makes for sound programming practice anyway, no matter what it is you’re developing.

So, you’ve done all the tough coding work. Line by line you’ve trawled the guts of your application, rooting out superfluities, clarifying ambiguities, and streamlining your software to be a match for any rival you might be up against. You’ve checked and triple-checked until you’re all checked out. By now you’re so sick of your pet project you just want to send it to market and move on to thinking about something else instead. But herein lies a great and generally unacknowledged peril – because it’s not just about developing a legal and ship-shape vessel that can steer a watertight course between the Google Play guidelines, it’s also about how your app represents itself on the open seas of the Internet.

There it sits, bobbing up and down in the safe harbour of Google Play, as smug as a plastic duck in a bubble bath. But it is important to remember that once successfully accepted at the store, an app can still be removed in an eye blink for any number of perceived infringements, and many of these can relate to how you’ve been marketing your appoutside Google Play. It pays to maintain a close connection to every stage of the process to ensure it doesn’t fall foul of any potential misselling traps that might lay ahead. For instance, it’s hard to avoid the adverts for Clash of Clans and Candy Crush but some niche products, like apps for bingo sites, also make frequent use of TV spots too, targeting daytime audiences in particular. Something as seemingly insignificant as a small font size or not enough air time given to terms and conditions is enough to get a TV advert pulled from the air. The latter remains a popular marketing tool even in the era of the internet.  The lord of apps itself, Apple, isn’t above pushing its own mobile software on TV either.

Promotional web links from another site that try to bounce the user past the Play Store page and instigate direct downloads straight to the phone are actively discouraged, and any sign of this behaviour will get the app banished forever from the Google realm. Likewise, if your app charts an all too familiar course, to the point where it’s basically someone else’s work re-skinned with your signature, then Google Play will remove said app as soon as a copyright issue is raised with them, however long your app has been listed at their store.

Apps and games that seek to collect more detailed information than they can possibly require to function are automatically suspect, and deservedly so. This has been an ominous trend for a while now, and fair credit to Google for attempting to nip this dubious practice in the bud. Where specific personal details are required (contact number, geolocation, email address etc), a privacy policy disclosure should clearly state as much in a designated field provided on the store page at Google Play, and accessible from within the Play-distributed app itself.

You may have developed a sophisticated app, but don’t throw away all that hard work by bodging the sign-up page to the point where it won’t pass muster at the store because it doesn’t clearly state just what it is it’s asking customers to sign up to. Think carefully about what permissions your app will need, and ensure its sign-up page expressly lays them out for the user.

A roaming game app along the lines of Pokémon Go will need the geotagging feature to be enabled on a user’s phone; that’s a given. However, if user permission is assumed rather than actively sought in advance of download, your app will never see the light of day, and that’s a good thing too.

Quality Assurance will get you through

The advice listed above mostly just boils down to common sense – treat your app as you would any other tangible consumer good. Sell it as advertised and respond to customer feedback politely and promptly. After all, you want to attract more custom in the future, not scare it away in the meantime. Take the time to stand outside your project, and regard it with the interested yet sceptical eyes of a potential customer – does it do what it says on the packet? Does it represent good value? Will it deliver on its promises? Can I trust it to be what it purports to be?

When you have answers that satisfy, you know you’re on the right course. And the folks at Google Play will probably agree. After all, they’re only human.