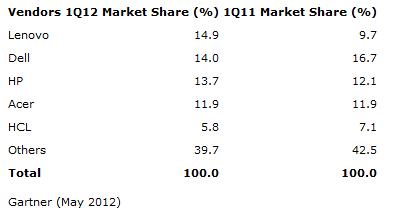 “This underlies the fact that high inflation and increased prices have forced users to either prolong the life of their devices or postpone their purchase decision. The increase in excise and import duties also played a part in decision making postponement. The delay in rate contract from DGSND (Directorate General of Supplies & Disposals) did not help market growth.”