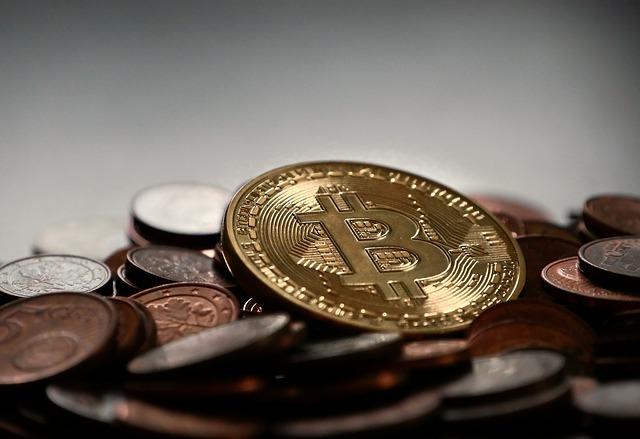 Bitcoin has grown from novel online experiment into an increasingly mainstream payment method for online transactions in less than a decade since its launch. The world’s best performing e-currency, Bitcoin is now being increasingly recognised by consumers and merchants alike, including online casinos and betting sites.

As an alternative, digitised currency, Bitcoin relies on distributed ledger technology to record transactional information, and to transfer value from sender to receiver. But while the infrastructure remains in its infancy, only a select number of online outlets are equipped to handle transactions in Bitcoin.

Its formative years have so far been promising, and no matter what, it looks as though Bitcoin will have a bright future in the years ahead. But what does the technology mean for gambling, and how feasible is it, both now and in the future, to gamble with the world’s leading digital currency?

The Development of Bitcoin & the Blockchain

Bitcoin was launched in 2009, created by a shadowy figure named Satoshi Nakamoto. While speculation as to the creator’s true identity remains to this day, his work in developing the first ever blockchain has proven instrumental – both in the development of Bitcoin, and in advancing transactional technology across a wide range of fields.

The technology relies on strings of encrypted data, which are recorded on a decentralised, cloud-based ledger – known as the blockchain. This records information about the sending and receiving parties in any Bitcoin transaction, replacing the need for paper notes and coins. Instead, transactions occur between e-wallets, designed to hold Bitcoin, and can be exchanged to and from international currencies on a Bitcoin exchange.

Bitcoins are ‘mined’, the process by which predefined private strings are discovered – until a Bitcoin is mined, it remains unavailable for transacting on the secondary market. Given that the currency has now developed, the majority of Bitcoins handled in transactions online are not original, and are instead traded through a Bitcoin exchange for cash equivalent.

The price of Bitcoin remains volatile, and its value has a history of significant swings. Nevertheless, the technology has already cemented its place as a viable way to transact. Retailers and online service providers have begun to embrace Bitcoin as an acceptable payment method, including some early Bitcoin casinos – perhaps a sign of what to expect in the future as Bitcoin use becomes more widespread.

The first recognised Bitcoin casino, bitcasino.io arrived in 2014. It was among the first wave of casinos set up explicitly with Bitcoin transactions in mind. This was accompanied by a number of other new casinos, as well as some existing casinos who decided to open up to Bitcoin transactions early on. Even as recently as 2014, the currency was traded in much lower volumes, such has been its rise to mainstream public awareness. Even now, there is still some way to go until it becomes widely traded online.

For casino operators, Bitcoin provides significant opportunities beyond just attracting a new market. Bitcoin transactions are quick in both directions, with much lower processing costs than most other payment methods. At the same time, the fraud risk for operators is virtually zero, because Bitcoin acts like any other currency – it’s not like a Paypal deposit, or a credit card payment. Obviously the Bitcoin market remains volatile, and some larger casinos are no doubt still reluctant to hold Bitcoin until the market matures and stabilises. But with a range of benefits to bring to the table, it surely won’t be a long time coming.

For players, playing at this bitcoin casinos gives another flexible option for using their currency, without the need to convert it into local currency. It remains a largely anonymous way to transact, and is entirely secure, with very little risk of theft or fraud – unless someone has your private key, they won’t be able to access the funds in your bitcoin wallet. These factors combined make bitcoin a promising option for casino players, not to mention the convenience and speed on both the deposit and withdrawal side.

Gambling with Bitcoin in Future?

Bitcoin clearly has a big future, as does the blockchain more generally. Governments, banks, private investors and startups are joining forces with the academic world to build out a more diverse base of workable models for the blockchain, which could see the technology implemented in fields as diverse as banking, land registration, shipping and agriculture. The distributed ledger has been heralded as a significant innovation, with the potential to introduce radical efficiency improvements in the years to come.

What remains to be seen for the online casino industry is whether Bitcoin will become more readily accepted than it is today. We are already witnessing the early adopters make their move on Bitcoin, including a number of casinos specifically set up with a Bitcoin focus as their point of differentiation. As more people begin to transact in Bitcoin over centralised currencies, the demand for online casinos to accept Bitcoin deposits and withdrawals will continue to grow. As a result, it seems that it might just be a matter of time before party casino and other players in this industry switch on to the benefits of supporting Bitcoin transactions.