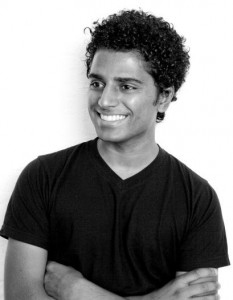 Foursquare, a location-based social networking website for mobile devices, such as smartphones, co-founder Naveen Selvadurai will be leaving the company this month. Selvadurai has worked in several roles at Foursquare in his time at the company, including product management, engineering, and evangelizing.

There is no information which states that what his next move will be, according to his blog post, where he writes: After three years, I feel I’ve done all I can do and I’m moving on. [CEO] Dennis [Crowley] and I have been discussing timing for a while, and we decided that now, on this anniversary, it feels right to begin the transition. So this will be my last month working at foursquare. Over the course of the next few weeks, I’m going to be taking a step back as my final projects near their release.

Selvadurai did not indicate what he would be doing next. “I’m not sure about my exact next steps, but I’ll probably get back to what I love most — being an entrepreneur, learning, and building new things.”

If you know what his next move or have more details about what happened behind the scenes, drop me a line at info@i2mag.com.