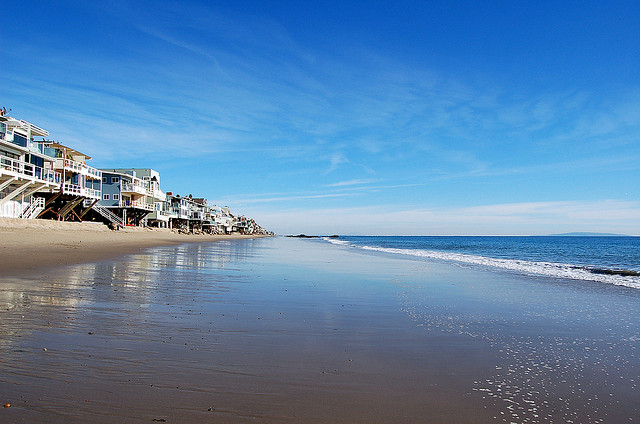 Students may typically view Los Angeles as a classic family destination, too expensive and far out of their reach. However, people don’t often look past Disney Land as an attraction in Los Angeles. I’ll show you how you can have just as good of a time in Los Angeles experiencing the other side to their tourism.

You may have heard of this tram line (or ‘funicular’) before, as the best transport Downtown Los Angeles has to offer. This line of two carts has been running on and off for over 40 years, still at the mere cost of 50c one way or $2 for five rides. It’s open every single day and typically just takes people up the huge downtown LA slopes. Not only is it itself a unique experience, but it’s cheap and fast way to travel if you’re heading downtown for some shopping or sightseeing.

Being a student, I want to make my dollar go as far as possible and it’s not often you come across a deal like this. If you’re coming to LA on a Hollywood & fame expedition, this pass allows you to: Take the ‘Starline Movie Star House Tour,’ go on the Red Line Tours’ “Hollywood Behind the Scenes” (guided tour through Hollywood), then you can either take a Dolby Theatre guided tour or head to the Hollywood Museum, and finally head to Madame Tussauds Museum of surprisingly lifelike wax sculptures of celebrities. All these admission tickets (for different days) bundled save you 46% on normal price, and is perfect for film students looking to gain some real life experience. Getting into Hollywood is as easy as taking the ‘Red Line Metro’ in and stopping at ‘Hollywood and Highland.’

The world’s largest free asset is its oceans, and for students travelling, this can be a unique and almost free experience. About an hour out of LA this iconic beach is known for its long and seemingly endless waves. So stop by the ‘Malibu Surf Shack’ on the Pacific Highway and grab a longboard or paddleboard to hit the beach with at only $20-$40 per day for a board or kayak. This can be a tonne of fun with your mates, but if you don’t surf you’re better off getting one of them to help you considering lessons are a steep $125 for a few hours. But as a student with some mates they really aren’t necessary to have a good day on the water.

This may not have been at the top of your holiday list, but Runyon Canyon (a famous mountain for tourists hiking) has great views, and even better ones at night over the city lights. It may sound reckless or scary, which it kind of is, but if you’re travelling to Los Angeles it might just be worth it. Start hiking before the sun goes down, and make sure you go with someone experienced or you might be in some hot water. But believe me, it’s free, beautiful and you avoid the crowds that swarm the mountain during the day.

About the Author
Tom Wilson

Tom Wilson writes as a current university student based on his personal experiences in Los Angeles after travelling there a few times, and finding the best and most student accommodating travel ideas. Start planning your trip to LA with studentflights.com.au.