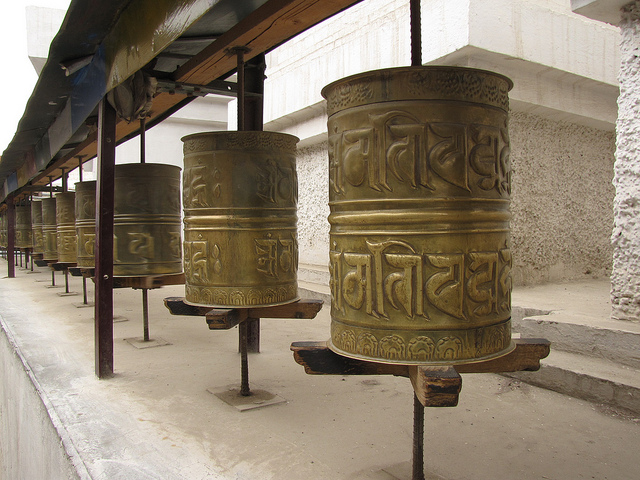 You could spend a lifetime getting to know India. In fact, many people do! For those of you who are traveling to India for the first time – and for those of you looking for something new for your next trip – consider these amazing North Indian recommendations.

The capital and largest city in the state of Rajasthan, The Land of the Kings, Jaipur is perhaps the cultural highlight of a region steeped in elaborate and ornate Mughal history. The first planned city of Northern India and the 10th largest in the country, the city has dozens of beautifully planned vistas that look out at various points of the valley.

It’s possible to move through the city and take in the entire surrounding valley.The many palaces, temples, and gardens keep visitors busy and slack jawed. How one city can contain so much beauty is a question you will ask again and again.

Affectionately nicknamed “The Pink City” after Maharaja Ram Singh had every building in the Old City painted terra cotta pink to welcome The Prince of Wales (the future King Edward the VII), Jaipur has a long list of “do not miss” destinations.

The first stop must be the City Palace. Now a museum, this complex of buildings and gardens is home to many popular spots including Hawa Mahal, a five story palace with striking honeycomb architecture, Chandra Mahal, Mubarak Mahal, and Govind Dev Ji Temple, dedicated to Lord Krishna.

Dharamsala may be a small town, but it is a major attraction in Northern India. It is the residence of His Holiness the 14th Dalai Lama and the home of the Tibetan government in exile. Just up the hill is another small town, Macleod Ganj, also popular among travelers.

When India first gave permission for His Holiness the 14th Dalai Lama to settle his government here, many Tibetan refugees flocked to Dharamsala. The result is a town with Tibetan and Buddhist influences everywhere.

Often affectionately called “Little Lhasa,” the people have built monasteries and schools to help carry on their culture and traditions. As you walk up and down the street the vendors can be seen with their malas (prayer beads) silently repeating their mantras.

The Tsuglagkhang Temple and residence for His Holiness is the major attraction for Mcleod Ganj. The complex houses the temple and the Namgyal Gompa where you can watch the monks’ energetic debating in the afternoons. Also inside is the Tibetan Museum, which depicts the story of the Chinese occupation and Tibetan flight from their home country.

Many Tibetan and Buddhist pilgrims come to the temple to make a kora (ritual circuit) around the complex. The path is filled with hundreds of Mani wheels and thousands of prayer flags.  The walk is short and incredibly soothing and idyllic.

Another small town in Northern India, Manali has something to offer just about everyone. The town, located in Himachel Pradesh, is a big draw for domestic tourists who come on their honeymoons and school vacations for the hot springs, mountain views, and a look at some bonafide snow (a rarity in almost every other part of India!).

Others come for the full array of adventure sports offered here including paragliding, trekking, canyoning, biking, snowboarding, skiing, and rafting. Three kilometers from Manali is the small village of Vashisht.

Named for one of the seven great Rishis of India, tourists wind their way up the mountain to the top of the village to bathe in the spectacular hot springs and pay homage at the temples there.  There are a number of short treks from Vashisht that can be done in a day or half day that take you breathtaking waterfalls and vistas.

Because Manali is a hot spot for domestic travelers, the town has developed to cater to a wide range of wants. As a result you can find food from every region including South Indian, Bengali, Punjabi, Chinese, Tibetan, and Continental.

In a country full of spiritual Meccas and mystical places, Leh Ladakh stands out as one of the most mesmerizing and life changing. Getting to the “Land of High Mountain Passes” is a spiritual experience of its own.

The Manali-Leh road, built in the 1970’s, and only passable from June through September, is a difficult road to pass, but worth every hair raising minute. Travelers often describe the amazing sunlight on the mountains that is somehow different and more brilliant there.

LehLadakh is a Tibetan Buddhist region, dating back to the 14th century. In fact, it is among the last places in the world where you will encounter a largely unchanged Tantric Buddhist society.  Though tourism has been growing for the last 30 years, the region still has much to teach travelers about its traditions, heritage, and self-sufficient culture.

Known for its mystical traditions, Leh Ladakh has many festivals through the year to celebrate this rich and powerful heritage. The Hemis Festival in June, the Matho Nagrang Oracle Festival, and the Guru Tsechu Festival (both in March) are among the more popular.

Attractions in Leh Ladakh include outdoor adventure activities, innumerable day treks into the mountains and awe inspiring ancient palaces and temples. Leh Palace, which has a similar design to the Potala Palace in Lhasa, is perhaps one of the most stunning. The palace is nine stories and surrounded by three ancient gompas. One is still used for summer dance festivals; the second celebrates the 1,000 incarnations (mostly future incarnations) of Buddha, and the last houses stunning medieval murals.

About the Author
Lisa Tully

Lisa Tully ditched the corporate world a few years back and headed to India on her last few sheckles. She had a burning desire to see the Dalai Lama in person and learn from him. Blown away by the Tibetan culture she was simultaneously overwhelmed by profound inspiration for what she should do for her next job incarnation! Fast-forward past some serious doubts, the odd flood of tears, and nothing short of a few miracles—she now runs successful spiritual group tours to Dharamsala & Ladakh in Northern India. Lisa loves nothing more than to take folks to experience the exact same life-changing trips she did. Visit her site here & join the adventures!