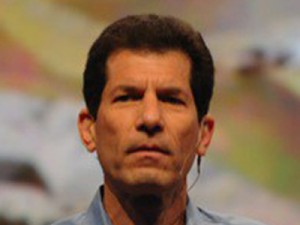 The former Apple executive Jon Rubinstein has left Hewitt-Packard after completing his 12-24 months commitment tenure with the company, according to the commitment period agreed when HP acquired Palm. Rubinstein left Apple in 2006 and joined Roger McNamee as a partner in the private equity firm Elevation Partners, following its 2007 investments in Palm.

HP spokeswoman Mylene Mangalindan said, Rubinstein is said to have no immediate plans, and had completed a 12-24 month commitment to stay with HP after the acquisition. “Jon has fulfilled his commitment and we wish him well.”

PalmOS was replaced by WebOS, which first appeared on the Pre smart phone, then later on the Pixi and Veer devices. After HP acquired Palm in a deal of $1.2 billion. After HP decided to exit the WebOS hardware business, Rubinstein was assigned to a product innovation role within HP’s Personal Systems Group during a management shakeup last July.