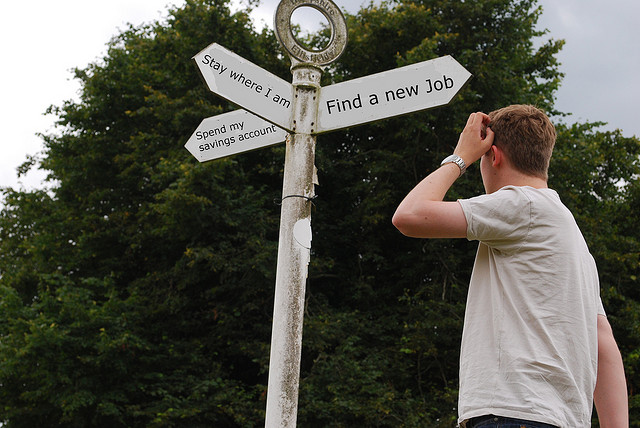 I lost my job recently so the experience is still relatively fresh in my mind. Sometimes these things just happen. In my case, it wasn’t my fault – our whole department got laid off because the company wasn’t making enough money to keep us. It’s rather unfair when you think about it – some bad management decisions and you’re left out of a job just like that. It was quite the unfortunate event. Every day for the month I had left I was thinking about what I could do to save my position. Of course, there was nothing that was within my power that could improve the situation, really – the whole thing was way bigger than me. So, by the end, I just started patiently waiting for my last day and that was it. But let me tell you about the things you should do after you’ve lost your job in order to make the transition easier.

You are going to be depressed. It’s an inevitable emotional reaction and you can’t control it. That’s why the best course of action is to embrace it. The sooner you accept the reality of your situation, the sooner you will be able to get over it. Don’t try to rationalize anything and don’t run from your emotions. Vent them. Stay at home for a few days. Don’t go out. Don’t talk to anybody if you don’t want to. Take some me time, because lord knows, you need it. Of course, different people cope differently so do whatever works for you. Just be sure to accept things as fast as you can.

2. Take a break from everything

Now that depression and self-loathing are a thing of the past, it’s time to live a little. Think about this step as a little vacation. Have some fun, hang out with friends and for once don’t constantly think about work and paying the bills. The last paycheck will be more than enough to get you coming weeks (and if you were smart, you will have saved a bit for such occasions) so take a break from everything and just do whatever you want for a week or two. You deserve it.

3. Get back on the horse

Alright, you’ve gotten over your depression and you’ve taken a good little break. Time to get back on the horse find another job. Even though the job hunt might not be the best experience in the whole wide world, it’s still something you will have to do (whether you like it or more, more probably, not). Finding a job will give you a new perspective to finally get over the whole ordeal. Losing a job can have really negative effects on your psyche, and finding a new will more likely than not negate those effects. Keep in mind that sometimes losing a job may be the best thing that’s ever happened to you, though. Your new job might be a few times better and more promising, so there is that, as well.

4. After you find a new job

You will have to adapt to the new workplace, which technically doesn’t fall into the category of “things you do after you’ve lost your job”. However, since it’s an important part of the whole process, and was ultimately caused by the loss of your previous job, I still believe it belongs in this article. The process of adapting to a new work environment is fairly simple for some people but it’s really hard for others. All you need to remember is that you have to be patient and not meddle in others affairs and you will be fine.

About the Author
Rose Finchley

Rose Finchley is freelancer blogger and loves to read and write about business. She currently works as at TidyCleaning but her real dream is to run her own company.