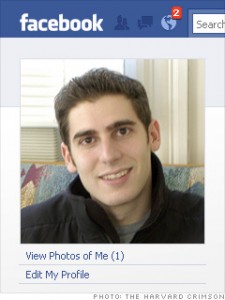 We reported last week that Facebook co-founder Eduardo Saverin has renounced his U.S. citizenship as per an internal revenue service reports. But the real reasons for Saverin’s move may have to do with more than taxes, according to publications Time and the Wall Street Journal, Saverin renounced his citizenship way back in September of last year, and now lives in Singapore, which doesn’t levy a capital gains tax.

“Everything I do in my personal life, in my professional life, it’s completely there,” said Mr. Saverin, a Facebook co-founder, in his first major interview told NY Times. “A lot of what I do, what everyone does, is influenced by it.”

“I’m not a tax expert,” he said. “We complied with all the known laws. There was an exit tax.” That tax is based on the assets held by a citizen leaving America. The exit tax was intended to make sure the departing wealthy paid something before they decamped. “People look at my profile and say, ‘You can have all the options,’ ” he said. “But really, everyone does.”