No doubt Facebook is doing well with having a huge number of users, but does it satisfies the users as it have to. What interesting is that the social giant users are not as satisfied as Google+ users. According to the numbers released from the American Customer Satisfaction Index (via Foresee), Google+ gaining huge good traction in recent times with a high customer satisfaction ratings. The number reveals that Facebook’s rating drops 8 percent to 61, while Google make its debut with a 78, the same as that of Wikipedia, while Google’s YouTube and Pinterest are next in the line-up with having 73 and 69 as rating. Facebook really have to do something else it will be now or never condition. 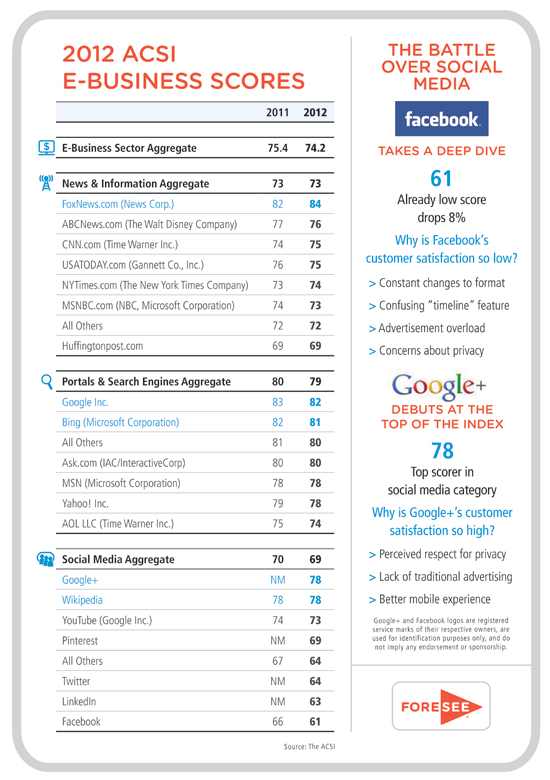