Facebook ends the first day at $38.37, up by 0.37 (0.97%) – almost the actual price the company sets, making the company total valuation to $104 billion with an $18.4 billion initial public offering. As soon as the markets closed on its first day of public trading, Facebook amended its S-1 with a complete prospectus detailing how much stock each underwriter got to sell. Morgan Stanley, the lead-left bank, received 162.1 million shares (worth $6.15 billion) followed by J.P. Morgan with 84.8 million (worth $3.22 billion), and Goldman Sachs pulled down 63.1 million shares (worth $2.4 billion). 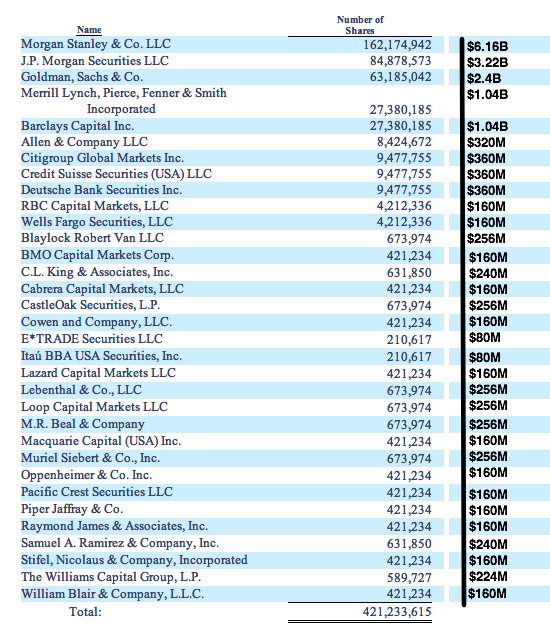