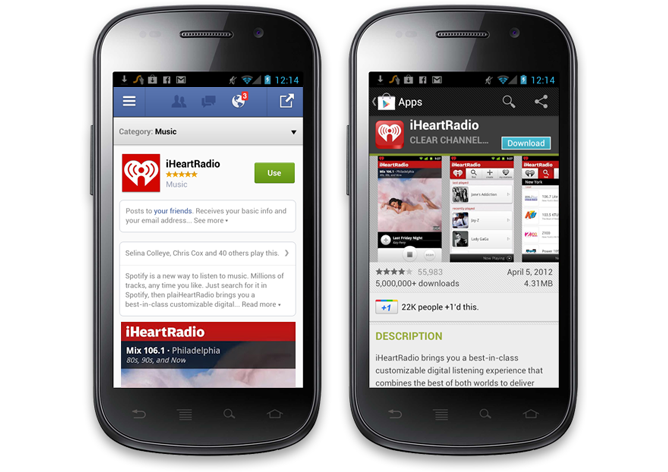 The social giant has announced that people will be able to access the App Center from Facebook’s iOS app, Android app as well as m.facebook.com. After someone clicks the install button on your mobile app detail page, they’ll be logged in and redirected to your app.

Furthermore, if someone already installed your native app, we automatically open your app, passing in an access token for the authenticated user. If they haven’t, we immediately show the user the install page in the Apple App Store or Google Play.

According to the company, it sends over 160 million people to mobile apps each month through news feed and timeline. Soon, with the App Center, it will be easier than ever to drive mobile app installs and reach the over 500 million people using Facebook on mobile devices.