The social giant last month unveiled Messenger for Window and now Facebook for Android is running towards making in the Google Play Store’s top ten. Facebook has released an update to Facebook Messenger with the update includes tweaked UI and has made it simpler and faster to start up both one-on-one and group conversation. Better support for Ice Cream Sandwich devices and a number of bugfixes are also included. If you’d like to take a look at the updated app and you have a device running Android 2.2 or higher — it’s available now in the Google Play Store. 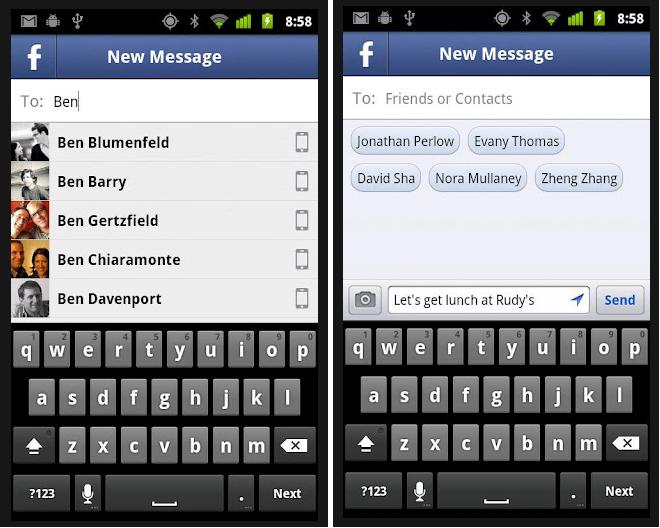