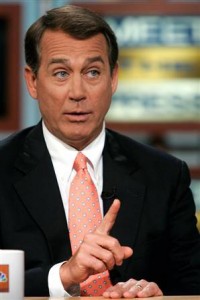 Facebook in its recent move in an effort to build up its Washington office to influence policymaking, the social giant has hired Greg Maurer, a former aide to House Speaker John Boehner (R-Ohio), as a director of public policy to lead outreach efforts to House lawmakers. Maurer, who will join Facebook on April 2, will work alongside Chris Herndon, a manager of public policy.

Maurer served as director of member services for Boehner and worked for the Republican lawmaker when he chaired the House Education and the Workforce Committee. Most recently, Maurer worked at UPS, where he was the vice president for corporate public affairs.

“At Facebook, we’re committed to explaining how our service works; the important actions we take to protect the more than 845 million people who use our service; and the value of innovation to our economy. It’s imperative that we scale our team in Washington so that we have the resources in place to demonstrate to policymakers that we are industry leaders in privacy, security and safety,” the company said in a statement.