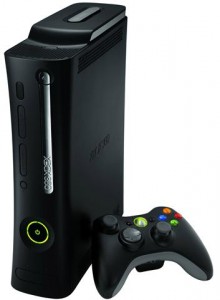 Xbox 720 or Xbox Loop – whichever name do the Microsoft ends up in calling it as, the chipset of the next generation Xbox console has been in the production since from last month and will probably be out by 2013 fall.

The report from Fudzilla claims that, “the power behind the next Xbox will be a PowerPC CPU that is married to an ATI Southern Islands GPU, or modified 7000 series.” It adds that the console is unlikely to ship at the end of 2012, with full production gearing in December of this year.

“Recent speculation that the new main System on a Chip (SoC) for the Next Xbox began production is apparently accurate; the SoC did indeed start production in late December of 2011. Sources tell us that the code name for the chip is Oban, and it is being produced by both IBM and Global Foundries for Microsoft,” Fudzilla further added.

SemiAccurate also stated the similar analysis of the console added, “This first run of these 32nm Oban chips will be destined for developer consoles, so any hope for a holiday console release in 2012 seems unrealistic, according to our sources, but an announcement perhaps before the end of the year might be possible. It would seem Microsoft’s strategy of getting it in 2013 is all but assured. We do think that the chips will be in production by the end of the year for consoles destined to be sold in 2013, which seems to agree with what others are saying.”

We earlier rounded up that Xbox 720 is going to be disc-based and with now current speculations roaming around everywhere in the market make it might be a piece of worth of what it actually going to be – when it will be out in 2013.