The new deal has been agreed by European MEPs and the EU council presidency (currently occupied by Denmark) to set into motion a plan to cap roaming data charges in EU member states but it still needs approval from the wider EU Parliament in May before going into effect from the 1st of July this year. The proposal states that the cap would be lowered every year until 2014, with data fees eventually being limited to under €0.20 ($0.27) a megabyte. 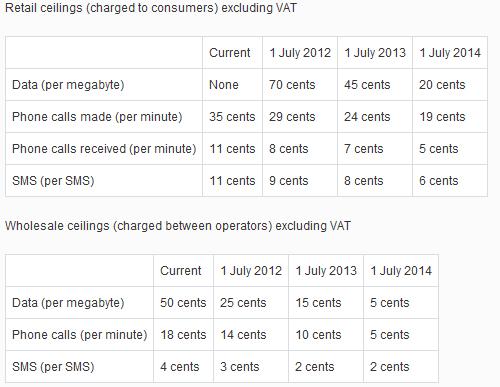 The move is designed to increase competition between carriers. The agreement also includes a provision that European carriers must sell wholesale access to other operators allowing customers shop around for roaming services from any network although being having on the contract status. It should help ensure that the new caps aren’t simply taken as the default prices. These measures are expected to take place from July 2014 once the agreement is approved by government.