A new forecast from Ericsson suggest in its latest mobility report that in the next five years by 2018, there would be 4.5 billion smartphone subscribers worldwide, with 6- percent of world’s population covered by LTE. Other findings include the growth of video traffic by 60 percent annually and traffic volume will grow 12-fold. 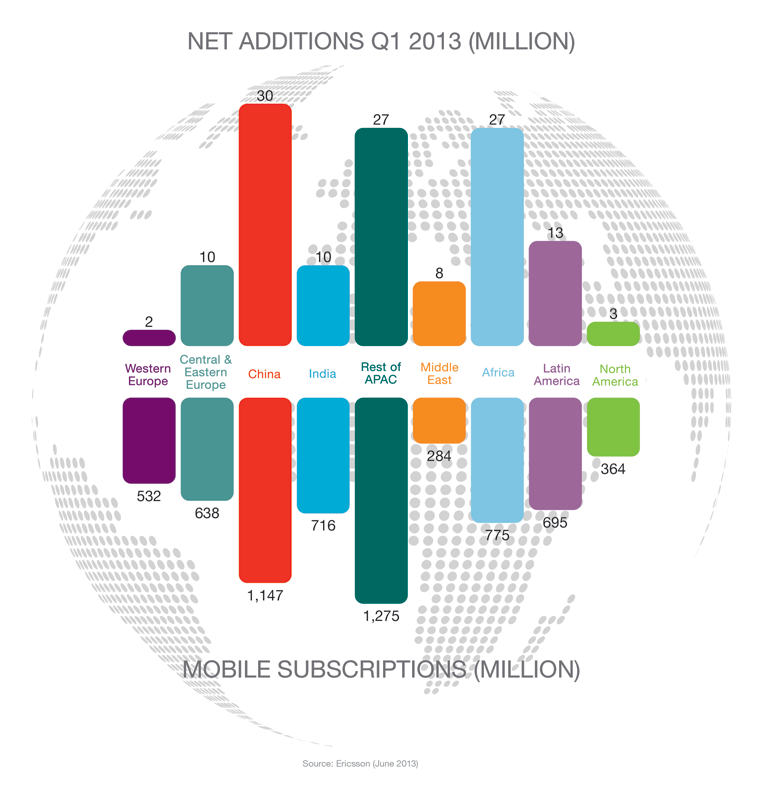 The smartphones will account for about half of all mobile phone sales in Q1 2013 while the WCDMA/HSPA will add 60 million subscriptions, GSM/EDGE increasing 30 million, and LTE growing by 20 million. On region wise, China, Africa, and the Asia-Pacific parts of the world led the net additions and total number of mobile subscriptions.

“Owing to the build out of WCDMA/HSPA, network speeds have improved, and so has the user experience,” says Ericsson’s Senior Vice President and Head of Strategy Douglas Gilstrap. “LTE subscriptions will surpass 1 billion in 2017, driven by devices that are capable of supporting more multimedia content.”