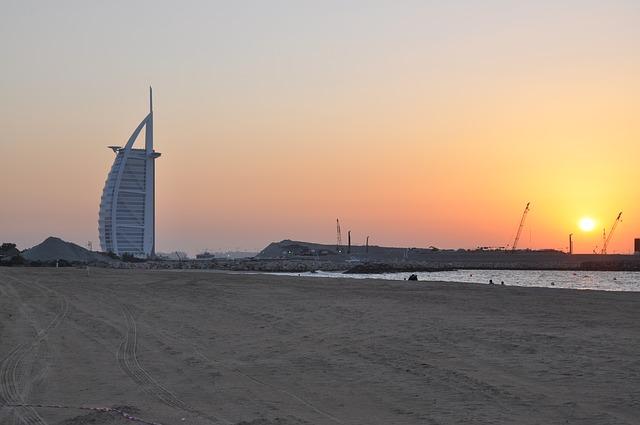 The Economist’s Gulliver blog airily describes Dubai as “a city that sometimes seems to inhabit a time zone five years ahead of the rest of the planet.”

For anyone trying to capture the emirate’s relentless dynamism, that’s probably an understatement.

And that’s just the tip of the iceberg. (Or indoor ski slope?)

Watch Out Above for Your New Drone Overlords

Lately, there’s been a buzz in Dubai’s air. It’s not the wind whistling past the upper floors of the Burj Khalifa, nor the engines of Dreamliners rocketing skyward from the ever-expanding international airport—which, almost overnight, has become one of the world’s busiest and most logistically critical air hubs.

No, it’s the sound of rotors furiously beating the air at the behest of no man or woman. It’s the sound of driverless air taxis. Drone Ubers, if you will. Where else but Dubai would they make their (potentially) world-changing debut?

According to The Economist, Dubai’s city government announced that it would begin a drone taxi pilot program by the middle of 2017. It’ll be a relatively low-key affair to start: one-passenger taxis capable of carrying just 220 pounds of payload (passenger and cargo) and holding to a range of just 31 miles. Still, expressed as a radius from Dubai’s city center, that range covers most of the emirate’s population and the vast majority of its tourist-friendly points of interest (including the bustling international airport).

The hook: These air taxis can speed along at over 60 miles per hour, twice as fast as central Dubai’s traffic-choked highways and surface streets on a good day.

Dubai’s modest pilot program won’t change its transportation calculus overnight. But, a few years down the road, a successful drone taxi showcase might well be remembered as a turning point in the annals of local transportation.

For starters, they operate in a far less complicated environment, and are therefore far easier to automate. There are fewer obstacles in the skies, assuming controls are implemented to reduce the impact of unauthorized flying objects.

Second, there’s more space up there. The typical urban freeway has perhaps 10 or 12 traffic lanes. The skies have theoretically unlimited room to roam, even within vertical “windows” that prohibit travel below, say, 400 feet and above, say, 800 feet.

Third, drone taxis are safer—once the kinks get worked out. With fewer obstacles and more space, there’s statistically far less likelihood of accidents. Future drone taxi models are likely to have passenger safety systems that limit the tragic, destructive impact of in-air malfunctions too.

And, importantly, drone taxis are likely to be cheaper than roadworthy driverless vehicles, which need lots more instrumentation (not to mention impact-deflecting weight).

All told, it sounds like the time of the drone taxis may finally be upon us.

It’s a close call, but driverless air taxis may win the award for most sensational, soon-to-be-commercialized drone application. Scary or not, they’re pretty cool.

They’re far from the only cool use for ever-improving drone technology, though. Let’s zoom out from Dubai and take a quick tour of what else is happening in the wide, wide world of unpiloted aircraft:

Does the idea of a driverless air taxi excite or terrify you?