TRENDING
Navigate
Categorized as
1556
Tagged as
hybridSonyVAIOVAIO U
Related

During the Consumer Electronics Show this year, Sony showed off “Hybrid” concept tablet, but at the time it was told that it was just a prototype. With the news coming from PocketNow, Sony releases the computer under the VAIO U brand name, a name that’s long belonged to the company’s ultra-mobile PC line. But if wonder and think, Sony is looking forward to bring the Hybrid version to the market, for which you may even call it up as Sony U and UX. The site has posted a print advertisement for the tablet. There are no news that when the Windows 7-powered gizmo will make its debut. 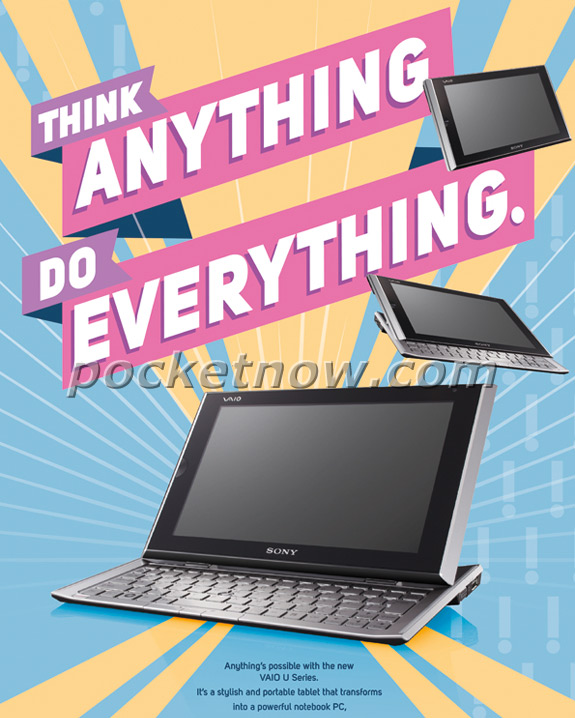