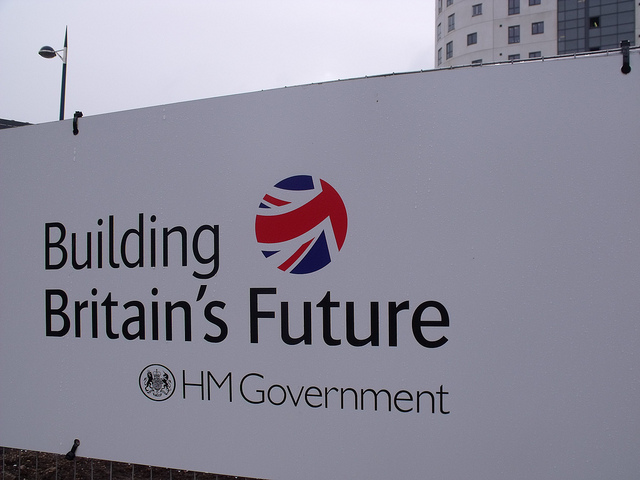 It may be romantic to close your eyes, point your finger on a map of Britain and just turn up where it lands. But in the real world, there is a certain amount of pre-trip planning you’ll have to do if you want your holiday to be a success.

So don’t throw out your travel guide and skip your appointment with the nurse for your jabs just yet. Here’s how to inject a sense of adventure into your trip while making sure you prepare for the important things.

Getting off the tourist trail

Nobody want to travel through Britain and only see the most obvious sites, having spent most of your holiday queuing with other like-minded and similarly fed-up tourists. You may be on a  staycation, but that doesn’t mean your travels have to be any less exciting.

But to become a true traveller (not just a tourist) and discover something new and genuine, you have to do some planning before you set off. As blogger and traveller Rick Steves says:

‘No matter where you travel, you should carefully prepare…for spontaneity’.

Where to start? Thankfully there’s a cornucopia of travel blogs out there which can give you tips on the countryside towns and the nooks and crannies of cities which you might never have thought of visiting.

Use your research to pinpoint a few highlights you’d like to check out, but also factor in enough time in your itinerary for simply doing nothing but lazing on a beach on the Scottish Isles or licking an ice cream cone in Cornwall.

It’s so important to give yourself some space to wander aimlessly, because that’s exactly when you’re most likely to have the most rewarding travel experiences.

Eschew the big chains where you’ll be comfortable, but also cossetted from the local culture. There are lots of great boutique hotels or B&Bs which have reasonable rates, a unique personality and are often run by locals who will be more than happy to give you tips on where to go.

If that’s still not adventurous for you, why not look into doing a house swap with a family, organising a farm stay or renting an apartment? It might give you the nudge you need to get down to the local markets, speak to new people and get to know the area.

We’re spoiled for choice here in Britain: our streets are littered with restaurants specialising is cuisines from every corner of the globe. Even going to a supermarket can feel like a whistle stop tour of the world. Whether you’re in the mood for Spanish tapas, Vietnamese noodles or French bistro food, you won’t have to look far for culinary adventure right here in Britain.

Try to look out for regional specialities too. From Arbroath Smokies in Arbroath to jellied eels in London and Colchester Oysters in Essex, every corner in the UK has its own culinary stars which say something about the area’s history and culture.

Bog standard travel guides should be cast aside, but specialist guides like CAMRA’s 101 Beer Days Out guide which will help your prize the best pubs from the pack can be a useful tool for a would-be adventurer. And the Spotted By Locals app contains exclusive, money-can’t-buy insider tips from local foodies based in major UK cities like Glasgow and London on where to get the best local bites and drinks.

It’s important to consider your health while doing all this travelling too.

The NHS will be able to give you a basic level of care and treatment in an emergency. But if you want to make sure you don’t have to sit on a waiting list for a life-saving surgery and want access to the most innovative, cutting edge drugs and treatment in a comfortable hospital, start collating quotes from health insurance providers so you have all the information you need to make an informed decision.

What’s the best discovery or adventure you’ve had travelling through Britain?

About the Author
Jamie Monteath

Jamie Monteath is a writer that loves to write about his passions which include travelling, theatre and music. He recommends Electric Circus in Edinburgh for music, The Vine Leaf in St Andrews for food, Norwich for its architecture and Cornwall for the most beautiful coastal scenery.