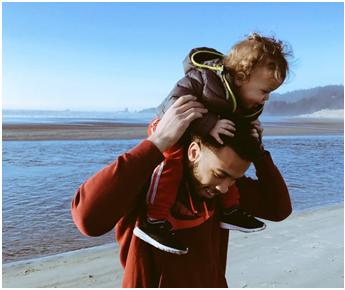 Aging is inevitable, but its effects do certainly seem to speed up when we have kids. Your appearance and mentality both seem to deteriorate, at least in the eyes of your demanding children. Suddenly, you’re not ‘cool’ anymore. It seems that being a ‘dad’ and being ‘rad’ are mutually exclusive; that’s probably the case if you still use the word ‘rad’.

Still, not all is lost. You don’t have to give into nature or the claims of society that you’re no longer cool. There is a way to carry off the appearance of a rad dad and feel better about yourself on a personal, practical level in the process. Here are some ways in which you could improve your lifestyle and simultaneously give off that desired appearance of a cool, determined dad.

It was time for you start exercising anyway. Your health is vitally important, but the stresses of life were probably enough to crush your motivation to get off the sofa and start moving; maybe the pressure to look better and stop embarrassing your kids with your exposed beer belly on those warm summer days will be enough to finally kick you into action. The key is to view this as more than a fad and find a way in which you can squeeze a little bit of exercise into your daily routine.

There’s no point spending hours hitting the gym or jogging until you’ve shed some pounds and then returning to your original routine because it was too hard to keep up your new one; you need to remain consistent with your routine if you want to stay in shape, and that means you need to find an exercise pattern which can find a spot in your current schedule, so as to ensure that you won’t get bored and drop the weight lifting or running in a few weeks when it becomes too much to fit it all in. Doing a little exercise every day will be better for you than doing a lot of exercise for a short while and then giving up; repeating the cycle endlessly.

Ah, eternal youth. It’s something we all crave and don’t crave at the same time. We’d all take our youthful appearance back, though none of the awkward school moments or angst-fuelled hormones associated with our younger days. Still, whilst you’re probably never going to reclaim your teenage appearance, there’s nothing to say you need to accept nature and age gracefully.

There’s always a way to hold off the effects of aging for a little longer if you have the motivation. You could look into companies such as regaine which offer hair loss solutions, but it’s all about the way you look after yourself in a natural sense. The better care you take of your body, the younger it’ll look and feel. The answer is simple, really. Reduce the amount of weathering you force your body to endure and you’ll see less of those wrinkles or grey hairs showing through. 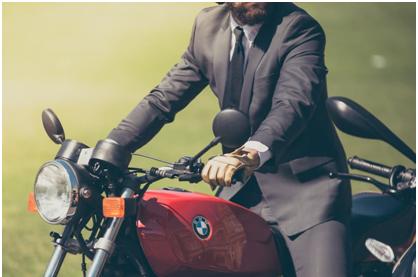 Don’t overthink your fashion sense. It doesn’t matter what age you are; if you try too hard to ‘look cool’, then you won’t look cool. Dressing well simply involves choosing clothing which suits your physique. That means choosing clothing which fits almost as if it was tailor-made; your size in itself doesn’t matter, as anybody can look good if their shirt, jeans and jacket simply fit snugly. That’s the key to dressing well, whether you’re getting spruced up for a sophisticated dinner party or simply putting on some casual clothes to go and pick your kid up from school or a party. Just don’t wear shirts with holes in them or cheap, tacky trainers from the noughties (or nineties).

Get the balance right between dad and rad.

At the end of the day, you’re still a responsible adult who has a duty to look after and help his child also grow into an independent, smart and happy young adult. The key to being a cool dad is knowing when to be a dad and when to be the cool guy. They’re not mutually exclusive, but there are boundaries between being the fun, playful buddy your kid wants and the stern, unpopular teacher your kid needs. Being a fun father figure isn’t always possible, but getting fatherhood right is just about the coolest thing you can do. Don’t sweat your appearance or demeanor too much; just try not to be an embarrassment, though it is pretty much a trademark element of being a dad.