According to the latest findings from comScore, Apple debuts 2013 as top US smartphone maker, while Samsung make a gain and Android takes a U-turn for the first time. The data revealed that Apple ranked as top smartphone manufacturer with 37.8 percent OEM market share, while Google’s Android stands at number 1 smartphone platform with 52.3 percent platform market share. 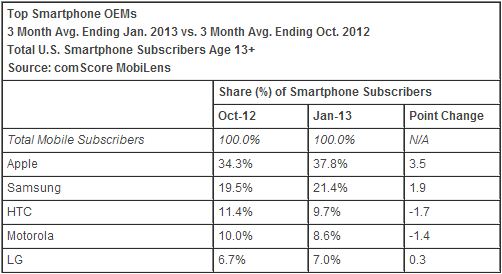