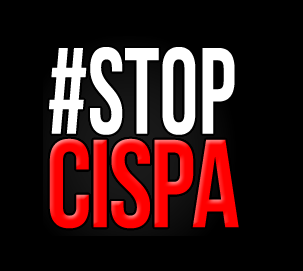 The recently passed Cyber Intelligence Sharing and Protection Act (CISPA) by the US House of Representatives will today led protest result of which over more than 200 sites suspending their regular operations in context of their Anonymous-led Web blackout. Anonymous and other groups called for the blackout using the hashtags #CISPAblackout and #StopCISPA.

Last week the act was passed with 288 votes for and 127 votes against with the proposed bill would expand law enforcement’s access to citizen’s personal information without the proper safeguards. Interestingly, to become a law, the CISPA still facing several obstacles, including Senate ignoring the bill, the White House threatened to veto it if necessary.