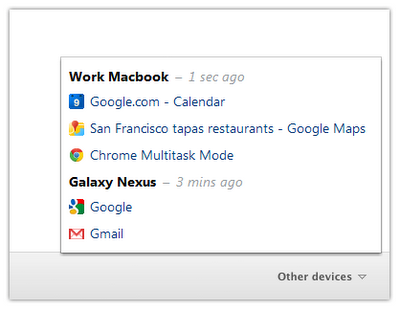 Google rolling out the Chrome beta version for Mac, Windows and Linux which will support tab syncing across multiple computers. As long as you’ve signed in to your Google account (and are using the latest Chrome beta), any tabs you open on one computer will be easily accessible on other computers as well as your Android phone. Tabs will be synced under a new menu called “other devices.” The feature will be out in coming weeks so take a seat back and relax and we will update you with this once it is out.