China is not only the land with the largest population in world but although it becomes the biggest online marketplace in the next few years, as per the estimates governed by different sources. According to Barclays Capital, online retail generated $121 billion in sales in China last year, up 66% from 2010 with the Chinese ecommerce market size is expected to more than three times than what it owes now over the next three years, with sales reaching $420 billion by 2015. 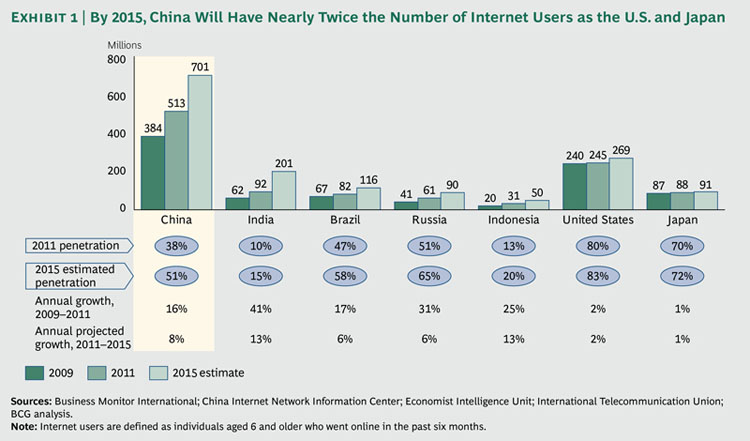 The country has an estimated 193 million online shopper and with an estimate, by 2015, those shoppers will be spending about $1,000 per year online. According to an Acquity Group survey people in China shop online for three main reasons. The group surveyed around 1,000 people across 150 cities last year. The three reasons are: product selection, ability to compare prices across vendors and over the top convenience.

If we talk about key challenge, the companies in the country have to encourage their customers to shop online. In focus groups, consumers who had devoted only 5 percent of their spending to the online channel in 2008 said they had increased the share to more than 50 percent by 2011. Even when they are not actually shopping online, many consumers research products online that they eventually buy in physical stores. 25 percent of consumers research online, before buying offline which is an almost as many as the 29 percent who both research and buy online.

So, there are strong will that China online market will become the world’s largest as such as it population, what it all matters is the time and proper strategy.