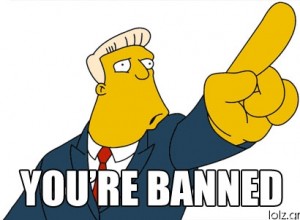 We are expecting this to happen and yes it is happening now – the country having a long history of banning and blocking websites like Google and Facebook and allowing its home ground sites to make it big – Yes I am talking about China – Yes the China did it again. Google yesterday announced its Google Drive cloud storage service and just in hours later the service was found to be blocked in the country allowing the local companies to make their place secure in the cloud storage market.

Baidu launched its Wangpan cloud storage service in beta in March; unlike Google it restricted the number of initial users by offering just 5,000 invites each day, on a first-come-first-served basis. Wangpan stacks up well against the competition. Wangpan offers a whopping basic of 25GB and the chance to further increase that for free via a number of soon-to-be-announced initiatives

It sounds “not to be shocking” but surprised as China took hours to block the new service although it has to make it earlier at the same time the company launched it.