Victor Cruz, in his article called Safe Driving in the Cloud: A Black Box for Cars has mentioned some very interesting aspects regarding the introduction of cars that will feature black boxes. The black boxes will somewhat be the same as the ones used on airplanes in order to record data regarding the car’s speed, mechanical problems and other similar aspects that will be useful for determining the cause of car accidents and even aid in their prevention. 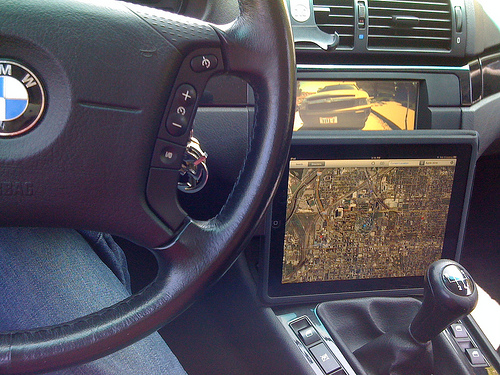 This article is intended to be a logical sequel to aforementioned article and to discuss technological changes in the past year in this industry.

In a move that wasn’t so surprising Microsoft announced that it decided to expand its involvement in the automotive business by coming up with a unified OS for all cars. Microsoft already offers operating systems that are used in Kia, Ford and Fiat vehicles, but the operating system which is Window embedded is mostly confined to infotainment systems.

So basically, this allows drivers to partake in a variety of concierge type services, respond to and receive text mails en E-mails, get weather and traffic conditions, make hands free telephone calls and many more. This is all a great array of benefits drivers can take advantage of and even though they are useful and impressive, they are not complete.

The software giant has announced that it would like to move beyond simple infotainment OSs with news that in the future it will focus on developing a unified operating system which would handle all in-car electronic systems that range from climate control and simple infotainment systems to engine, steering and safety management, but also other more important cars systems.

One such system that Microsoft has in mind regards an operating system which will allow all of the vehicle’s data inputs to communicate with one another, so that apps can be created to massively affect the vehicle’s fuel economy or performance for instance.

On top of that, as time passes an operating system can also be improved and upgraded. This means that instead of upgrades costing thousands of dollars and also taking years, they will be done in a matter of hours and they will not cost more than a few dollars.

People should think more about the amount of times their computer asks them to download and pay for updates. Then they should imagine finding similar notifications before they begin their daily commute. This will certainly be something not many would like to put up with.

Other companies jump on the automotive OS bandwagon

However, it seems that Microsoft is not the sole company that wants to focus on developing an operating system for the automotive industry, with GENIVI, Google, Apple and QNX (which is a subsidiary of Blackberry) already being involved in this. In theory, the idea of having a great operating system for a car sounds really great, but only time can tell whether a unified operating system is going to be a burden or a boon for drivers.

Taking a closer look at them, embedded software apps can be seen as the mammals of the software industry. So while the monolithic dinosaur apps slug it out up in broad daylight, the embedded applications just scurry about underground, doing their thing hidden from all, but the most observant.

Well, even though this is not an analogy people would like to push too far, it’s definitely the case that embedded software can be found in some very strange places. Some examples given in a poll that took place recently included Bluetooth energy meters and buoys, car catapults for crash testing, internet based laundry control systems, hyperbaric welding systems, pulse oximeters and endoscopes.

But what operating system is in the box? Well, it seems that Linux is already dominating in this space, with other more commercial operating systems, like QNX, Microware OS9 and VCWorks and Windows already in the pipeline.

Everyone is aware of the fact that Microsoft has had a pretty rough time pleasing its customers, but it’s basically worth the time to check out why respondents went with specific embedded OSs. The negative view on Windows Embedded\CE is based on general hearsay and historical experience.

So this means that even if things are better now compared to how they’ve been in the past, it’s fair enough to say that Microsoft will need to find a way to convince its clients that their operating system is indeed something that they really need to get their hands on and try it for themselves.

Real time computing is where the OS’ correctness will not only depend on that of the logical result, but also on the result delivery time. This means that the OS needs to have features that will fully support these vital requirements in order to have it rendered to be called an RTOS or a real time operating system.

The real time operating system also needs to be deterministic regardless of conditions and compared to regular operating systems that occupy a few GB, the ones meant to be implemented in cars should occupy anywhere between ten to one hundred kilobytes.

There are also operating systems that can miss a deadline and these ones are called hard RTS, but if the systems allows a deadline to be missed in certain cases and can still be recovered, such systems are known as soft real time systems.

Creating an operating system for a car is indeed a very challenging task, one that Microsoft may not be fully entitled to undertake, according to its history of products and software applications.

While still a very challenging endeavor, Microsoft and other companies are confident that with the experience they have gathered delivering products and software for many other industry sectors, they’ll finally manage to come up with an operating system for automobiles that is going to change the way people interact with their vehicle on many levels.

It will be quite interesting to see how this technological advance will affect used cars industry and companies like Klosters for example and compare it in a way that we can see if potential buyers are more reluctant to buy older car with the older software preinstalled much like in mobile phones industry where this is the exact case.

“Hey son, we bought you a car, happy birthday. Mooom! It has ancient software!” (smile)

What do you think will be the future of software embedded into our vehicles?