A lot of people seem to think that only a very small number of people really care about the environment; following this logic, they assume that the market for environmentally-friendly cars must be incredibly small. This leads us to a fairly depressing conclusion: that all car companies are basically going to keep ruining the environment for as long as possible, making no effort at all to improve things.

This, of course, isn’t true. In fact, there’s a bigger market for ‘green’ cars than ever. While the production of any car has an effect on the environment, there are plenty of manufacturers that are taking action in the fight against pollution and global warming. If you’re looking to buy a car but are mindful of the environment, then perhaps you should consider buying something from one of these greener manufacturers. 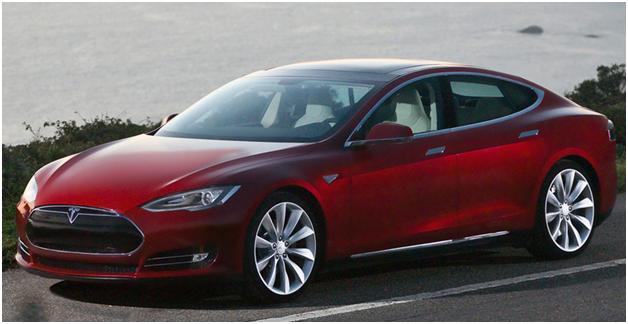 This tends to be the first name that jumps into people’s minds. Tesla specialize in electric cars; that’s all they make. The CEO, Elon Musk, is taking big steps both in Tesla and in other business pursuits to tackle environmental problems. Tesla have done more to advance the popularity of electric cars than any other company; before them, most people assumed electric cars were inadequate. Now there’s more demand for these babies than ever.

Most car manufacturers try to focus on improving the emission problems of their cars, which is what’s causing a lot of problems in this environment. But Vauxhall are instead focussing on an overhaul of the manufacturing process. They are one of the few car manufacturers to have done away with the practice of using landfills, the effects of which have been underestimated in this area for a long time.

Land Rover have been at the forefront of industrial change for the greener in the world of cars, so you don’t have to feel guilty if you’re planning on buying from new Range Rover dealers! They’ve been especially concerned about the environmental impact of transporting their cars from their UK facilities. This is why they share their overseas deliveries with other car manufacturers. They’ve also increased the amount of recycling present in their manufacturing process, especially when it comes to the much-used aluminium.

This should almost go without saying, really. Toyota have been reducing waste and emissions since long before it was even cool to care about the environment, thanks to a Japanese-inspired approach to production; their philosophy was a major precursor to the widespread methodology we now know as lean manufacturing. The Toyota Prius, the world’s best-selling hybrid car, has been praised repeatedly by eco-groups, as well as the U.S. Department of Energy. When it comes to introducing the idea of eco-friendly cars to the mainstream, we definitely have a lot to thank Toyota for.

Known as one of the green giants of business, Honda have been going beyond the call of duty in green production for a long time. Their work in the production of hydrogen fuel cells that could power the vehicles of the future could lead to groundbreaking progressions in the eco-cars of the future.