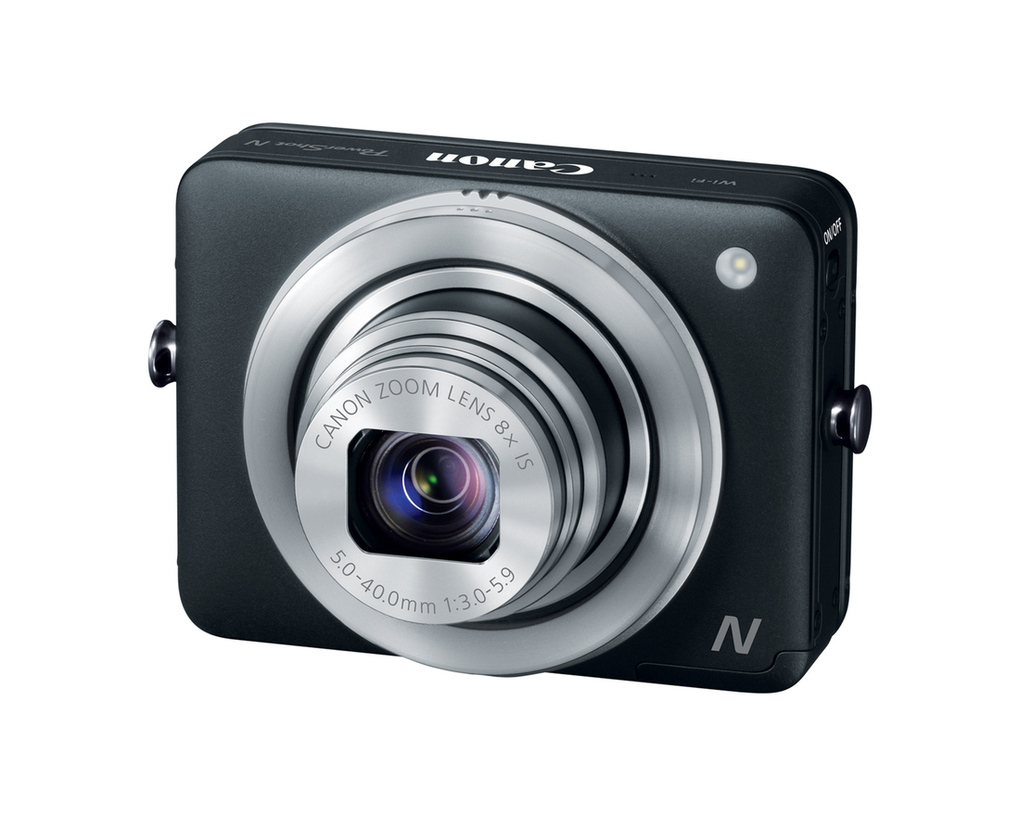 Canon today unveiled the new PowerShot N digital camera as part of its PowerShot lineup offering Creative Shot, a new imaging mode which intuitively analyzes an image and will automatically create a series of five artistic photos of the original varying with composition, lighting and color. Adding, furthermore, the new PowerShot is equipped with enhanced wireless capabilities connecting the camera to a variety of mobile devices instantly, letting users can upload and comment on their images while on the move.

The PowerShot N features a 2.8-inch capacitive, tily-touch panel LCD, allowing users to capture creative images at various angles. The camera offers an 8x optical zoom and a 28mm wide-angle lens, packaged with a 12.1-megapixel High-Sensitivity CMOS sensor and DIGIC 5 Image Processor, with recording 1080p Full HD video with a movie button. With the built-in Hybrid Auto and Face ID systems, pin-sharp focus which can be achieved quickly and easily while the camera itself recognizes and focuses on familiar faces. The camera will be available in April 2013 in both white and black color option on the asking price of $299.