PlayStation Vita or simply PS Vita – the most awaited and soon to be launched Playstation version by Sony – which is about to launch on February 22 – has already seeing an un-imagined and unbelievable “surprised-turn” today for one of the game lover.

Engadget is reporting that Graham Innes of Canada found his pre-ordered PlayStation Vita on his doorstep, which he ordered from Amazon.ca. The surprising things is that the gaming device has arrived to him much before the launch even the early-first Edition too doesn’t launch until February 15. So, what you think and what’s your take – burning the desire of all the game lovers with such “wired-cum-surprising” happening? 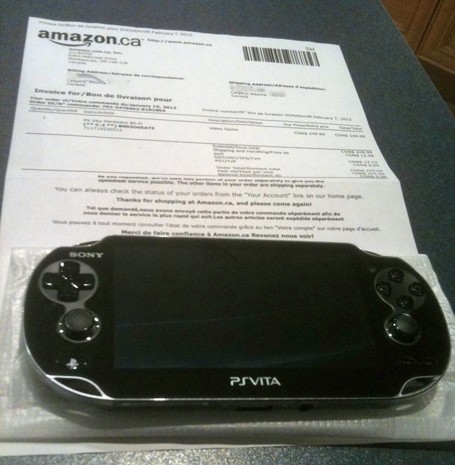