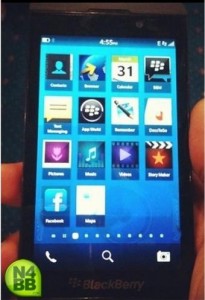 The BlackBerry maker Research In Motion although showing its BlackBerry 10 handsets but there are certainly more going on over the track, to put some light, the publication name N4BB having an image of device which thoughtful to be the first device running on RIM’s BB10, resembling close to the “London” device. Another source BlackBerry Italia confirming that “L-Series” phone also made an appearance in a blurred-video, which shows off the phone’s boot-up SIM-card instructions. Hopefully the company will turn the things official and brings out the huge context of its somehow awaited phone out in the market. Well, we keep an eye on it and will update as soon as we get further information.